Why My Children Sometimes Have Potty Mouths

I live in a sweet little Bible Belt southern town.  In some ways this is great (friendly neighbors, low crime rate)....and in others...well, maybe not so much (I have a list, but today is not the day).  Sometimes small-town living has crashed headlong into some of my more "unconventional" parenting approaches.  One of these subject areas is my children's language.

There is a pretty stringent code of expectations over the vocabularies of children here in the South (Think Mayberry).  While "Yes ma'am" and "No sir" are expected, the "F word" (and many of it's slightly less shocking relatives like "shit" and "damn") will not be tolerated, most especially from the lips of  minors.

Enter the Webb Family (or "That Family" as the town apparently likes to refer to us).  Being great believers in freedom of speech and wanting to foster good (okay, okay superb) vocabulary development in our children, we haven't censored their speech and we haven't censored ours around them...at least not to the degree most families with young children do. And because of this, there are quite a few socially controversial expletives that get tossed around in our household.  Although, we choose to refer to them as "sentence intensifiers". 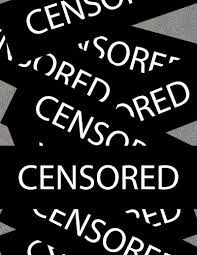 In our house there are no "bad" words.  Words in and of themselves are not good or bad....they are just words.  The meanings individuals ascribe to them and the intentions behind the words are what make them good or bad.  This is the concept we attempt to teach our children every day.

So basically it means this.  My son stubs his toe.  He cries "Shit!" in frustration and pain.  The intention behind the exclamation is to express an extreme emotion.  If he had used the words, "Golly Gee!" the intentions would be the same.  So why is one bad and the other good?  Only because Society has formed some sort of list of good words and bad words.  And the list is really kind of arbitrary.

By making any word acceptable in our house, we stripped away their power.  When Little Johnny is overly reprimanded for experimenting with the word "damn", he has learned that the word has some kind of power.  It becomes a super word with the ability to initiate strong reactions in the adult world.  Before it was just another word in his stockpile, nothing fancy about it.  Words are just words until we give them power.  To little Johnny there's nothing inherently bad or wrong about the word "damn".  It is the adult reaction to the word that creates the fascination.

But here's where the life lessons with this really come in, so stay with me.  Perhaps this will be my redemption from the big scarlet "BP" you want to make me embroider on all of my sweaters ("BP" stands for "bad parent", by the way.  It's a Nathaniel Hawthorne reference.  And yes, I'm being condescending.)  Real emotional damage can be done with words that don't make  Society's "bad" list.  You don't have to curse at someone to hurt feelings, break trust, and damage self-esteem. It's not always Society's "bad" words that are used to bully.  The intentions behind the words are what make them emotionally scarring.

For this reason we've chosen, as parents, to focus on the intentions behind the words, rather than getting caught up in the actual words themselves.  A curse word uttered to express frustration over stubbing a toe on an inanimate object is one thing.  Using curse words (or any other words) to insult or belittle another person is unacceptable.  Of course it still happens...but we've chosen the boundaries and this is one of our "non-negotiables".

Also, as our children have gotten older, we've been able to discuss the appropriateness of some words in certain public situations.  For instance shouting obscenities at the grocery store will garner them unwanted attention from fellow customers in much the same way as running around without pants.  When they were small they could get away with cruising the shopping mall in just a diaper....because they didn't know any better.  And now they need to hold their tongues in public (and especially at Grandma's house) because they don't want that kind of negative attention.

Unless they do....then they are liable to drop an F bomb.

Amen, sister! And the challenge changes as they get even older; kids start thinking a little f-bomb is required for emphasis. In my new book, Do Your Laundry or You'll Die Alone, I say "Profanity doesn't make you sound more dramatic or smarter, it just makes you sound profane!"