My Life Ended When I Became A Mother

Last week was quiet.  Like freaky quiet.  The house was calm.  There were no slamming doors or elephant-like stampedes down the stairs or shouts of "Get out of my room NOW!"  No one complained about someone else breathing their air or farting in their general proximity or licking their toothbrush just to be a smart ass.

My youngest three were kidnapped by their grandparents and carted off in gypsy-like fashion to the wild uncharted lands of northern New York Adirondack Mountains... a land so uncivilized that they don't even serve sweet tea in restaurants. (What barbarians!)  The kids got to do cool things like play with cousins and bother their grandparents and listen to long hours of Christian radio.  While they were gone I got to do cool things like quietly sip my morning coffee completely undisturbed and read novels in uninterrupted silence.

But today they have returned home from their gallant adventures.  They are currently guzzling sweet tea under a blanket fort that they have constructed in the very center of the living room and occasionally fussing about breathing each other's air.  I was bothered no less than seven times while I attempted to finish my morning coffee and I had to lock myself in the bathroom in order to finish the final chapters of the third book in the Game of Thrones series.

So life is pretty much back to normal.

In fact, life was pretty boring while they were gone (although much, much quieter).  It was nice for the first day or so... but then things got kind of boring.  Plus I had to take the trash out myself since there were no little minions to do it for me.

I recently overheard a conversation between several young, childless people.  They were discussing why people wait so long to have children these days.  Apparently, they want to live their lives, pursue a real career, and have all the fun they can before they get tied down by offspring.  According to them, life pretty much ends once you have the burden of responsibility that comes with reproducing.

At first, I thought, "Well... that's utter poppycock!"  But you know what?  They are right.

Your life ends when you have kids. In fact, my life ended the moment my son was laid in my arms. 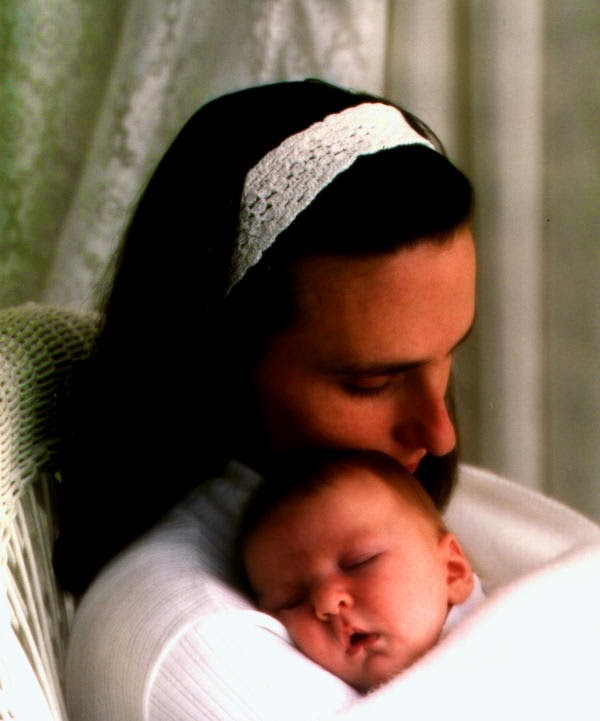 Because once that beautiful child looked into my eyes with his big cone head and squeaky little mewling cry, my life was no longer my own. The me that was not a mother died a quick and painless (well... painless if you don't count those 24 hours of labor) death. A new life began, not just my son's either... because at the moment of his birth was also born a mother... something that hadn't been there before.  And motherhood has a way of completely transforming a woman.  It awakens something primal and beautiful.    Suddenly she makes decisions based on what is best for her children, not what she wants for herself.  It helps her see the world through a different lens.  She watches the news with more trepidation.  She wants the world to be a better place for her child to grow up.

Some of those young people swore they would never have children.  "I'm too selfish to be a parent."

Aren't we all?  Every single one of us.  But yet those children come anyway.  And they transform us and change our perspectives and awake in us people that we didn't know existed.  But we are still all too selfish to be parents.

Elizabeth Stone said, "Making the decision to have a child - it is momentous.  It is to decide forever to have your heart go walking around outside your body."

My heart and my life are no longer just my own.  They belong to my four wonderful, quirky, adventurous children.  And when three of them were gone for over a week, they took pieces of my heart with them.  I was walking around half a person (albeit a half a person who was certainly enjoying some peace and quiet).

It's definitely easier to climb a corporate ladder or party 'til you pass out without a baby on your hip.  So if that's your definition of a fulfilling life... go ahead and live it up before you have kids.  But don't think that the life on the other side of parenthood isn't a beautiful life.  Yes, parenthood is hard... damned hard, but don't buy into the lie that you need to squeeze out all of the fulfillment life has to offer before you bring progeny into this world.  Because there's plenty of fulfillment to be had in parenting... a kind you won't find in career success or the bottom of a rocks glass.

I was only 22 years-old when I exchanged the "real" world of parties and adventures and a fulfilling career for parenthood.  Some could say my life ended early, that I didn't really get to experience all there was to experience before the albatross of motherhood bogged me down.  But I continue to say that motherhood has been THE most fulfilling experience of my life.

Yes.  There were times I questioned my decision to leave a career track to focus on raising a family - usually when I was tired and covered in vomit and hadn't been able to shower in three days.  But on most days I'm thankful for the four biggest blessings a woman could ask for.

So, yeah... my life ended when my children were born.  And I'm glad.  That shallow, self-absorbed shadow of a life was nothing compared to the one my children have given me.   I'll take dandelion bouquets and blanket forts and fart jokes and arguments about air any day... because through all of the stress and hard work and sleepless nights, being a mom is the absolute best thing I could have done with my life.
Posted by Alice Jones Webb at 2:48 PM