Medically Sanctioned Rape in the Labor and Delivery Room

*Trigger Warning* (May be difficult for some readers who have experienced sexual assault or trauma in childbirth.)

When women get together (especially at baby showers) they share war stories. It's impossible not to hear about preeclampsia or emergency c-sections or epidurals that didn't work.  Telling expecting mothers about all of the horrors and dangers of childbirth seems to make women almost giddy.  But like soldiers from real-world battlefields, it's a way women bond and attempt to validate their often nightmarish experiences.

No one ever has anything good to say about birth.

Poor women in the midst of their first pregnancies, too far along to turn back and rethink their lives, suffer through stories of pain and danger and supposed brushes with death and the perceived failures of other women's bodies. From the time she officially announces her pregnancy, the first-time mother will have to endure hours upon hours of fear inducing trauma in the form of the worst birthing experiences of every female member of her family and all of her friends and acquaintances and even complete and total strangers.

It's what women do. We are like old soldiers recounting the horrors of war.  Because we've all walked a frightening road and, like survivors of war, we want to reach out to other survivors.  We seek the company of others who have walked where we walked, who can validate the fear and terror we experienced in the delivery room.  We don't want to think that we are the only ones.  In this way, like therapists, we help each other deal with the trauma etched forever in our memories.

But fear is never a birthing woman's friend. So personally, I try to abstain from sharing my war stories in the presence of pregnant women.  They will get more than their fair dose from others over the course of their pregnancies. Instead, I tell them about the beauty and peace and relative ease with which my youngest two children entered the world.  Born at home in water into their father's hands, the experience of their births is an example of what most births should be: beautiful and calm, powerful and humbling... but definitely not traumatic. I tell them about the respect and support of my family and the comfort of giving birth in familiar surroundings, of being in charge of my own body and my own experience, of welcoming a child home from the moment of their first breath.

But I never discuss my oldest daughter's birth.

Under any other circumstances these behaviors would have been labeled as sexual assault.  But because they were performed by medical professionals in the "sanctity" of the labor and delivery room, they are labeled "necessary medical interventions". 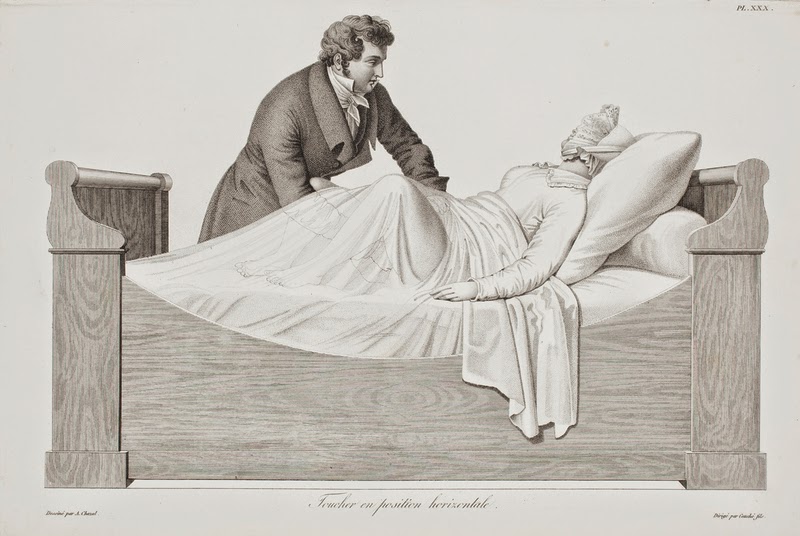 I've heard stories of women forced into "necessary" C-sections brought on by unnecessary inductions planned around doctors' vacations and golf games.  About how their genitals were cut against their will for the convenience of their doctor.  Their most private parts were invaded, often roughly and needlessly, often without permission, often without respect for the very real person to whom those parts are attached.

Most often these mothers suffer in silence because... well, at least they have a healthy baby. And it's what all women have to go through... right? It's like some sort of deranged Stockholm Syndrome where the victim views her tormentor as a hero... because that's what doctors do: hero things... they save lives.

But sometimes they cause harm.

A recent study from Sarah Edwards, PhD. from the University of North Dakota found that 34% of a sampling of over 1100 women reported symptoms of Post Traumatic Stress Disorder related to their birthing experiences.  The study also found that the biggest predictor of PTSD after labor had nothing to do with actual physical trauma.  The level of coercion the woman experienced was the strongest predictor.  The more the woman felt forced or intimidated or suppressed, the more likely she was to suffer.

Birthing women are human beings.  They should be treated with dignity and respect, especially in the birthing room.  A woman's body remains her own, even in the throes of labor.  To force or harass or demean or otherwise bully her into violations of her person is sexual assault, even when done under the guise of health care.

And while one might argue that invasive (and often demeaning and abusive) birthing practices are practiced to ensure safety of both mother and baby, the statistics seem to point to our culture's abysmal failures in this area. United States maternal death rates are on a steady rise.  The U.S. also has the highest first day infant mortality rate in the industrialized world.  The Cesarean section rate in the United States is currently at over 30 percent of births (the World Health Organization's recommended rate to avoid death of both mother and baby is between 5 and 10 percent). These standard methods of practice are not resulting in safe and healthy outcomes for mothers and babies.

But simply surviving birth shouldn't be the only goal. There is more to the process than successfully extracting a fetus from a uterus. The mental and physical state of the mother is paramount to the health of the child she births.  When a woman emerges from childbirth with lingering pain from surgical procedures and lasting emotional pain from her birth's preventable traumatic events, it affects her physical recovery, how she parents her child, how she relates to her partner, and how she will approach future births.

A woman has the right to refuse any medical procedure, even when the procedure could potentially save another life (for example, a woman cannot be forced to donate a kidney, even if that donation might save someone else).  Forcing a birthing woman to submit to unwanted medical treatment is a violation of her bodily integrity. Besides, who is more qualified to weigh the risks and benefits to any procedure than the person most invested in the health and well-being of the unborn baby? That person is his or her mother.

Most mothers love their babies long before they are born.  So when a birthing mother attempts to refuse one more painful vaginal exam or the knifing of her perineum or the slicing open of her uterus, and is subsequently threatened with the possible death of her baby if she does not comply, it is like raping a woman while a gun is pointed at her child's head and calling it consent.  It is no less rape just because she quietly submits thinking she is doing so to keep her child alive.

For all the women who have suffered quietly thinking they didn't have a choice, for all of the women who tried to speak up but were silenced by the powers that be, for all the women with emotional and physical scars that shouldn't be there... your treatment was not justified.  It's time to demand systemic changes in the way pregnant and birthing mothers are treated. It's time women demand respect as human beings by professionals.  It is time we demand informed consent and evidence-based care.  No more fear and lies and coercion.

Sign the petition to hold hospitals and licensed care providers accountable for violations of informed consent and abuse imposed on laboring women.

Not one more woman deserves to be raped in the delivery room.  Not one more.

Note: Please feel share your story in message form or in the comments. Some stories just need to be told, even when it hurts.

For more information:
ImprovingBirth.org - Bringing evidence-based care and humanity to childbirth.
HumanRightsInChildbirth.com - Clarifying and promoting the fundamental human rights of pregnant people.
The Mother/Baby Childbirth Initiative - A Human Rights Approach to Optimal Maternity Care
The Rights of Childbearing Women - a free download which discusses the application of widely accepted human rights to the specific situation of maternity care.
Posted by Alice Jones Webb at 11:19 AM