The Real Tragedy of the Donald Sterling Tapes... And It Isn't Racism 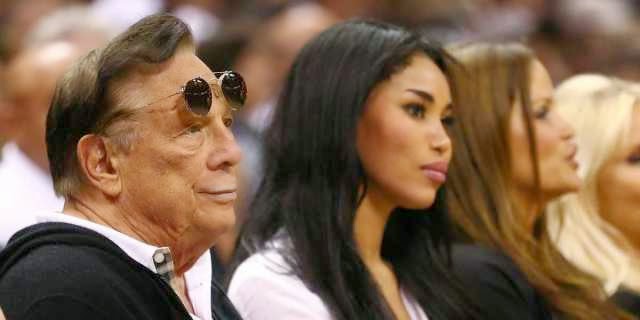 My Facebook news feed is all abuzz with righteous indignation over the racist comments of some old white rich guy  (Shocking, isn't it?  Who has ever heard of racist old white rich guys?)  Donald Sterling, the owner of the Los Angeles Clippers (That's a basketball team, not a fleet of mid-19th century sailing vessels.  I know...I was confused, too.) allegedly told his inter-racial mistress that he doesn't want her attending games with black people or posting pictures of herself with black people to Instagram.  (He wouldn't want her reputation to be sullied.  Forget that she's a money-grubbing gold-digger publicly dating a married man.)

In this day and age, where even a hint of a possible alluding to anything remotely racist is the kiss of death for anyone in the public eye (think Paula Dean), one has to wonder what Donald Sterling was thinking to utter this kind of bigoted garbage anywhere that the public might hear.

But he didn't.  TMZ, an upstanding news company specializing in celebrity gossip and Hollywood rumors, released an unverified audio recording of a private conversation Sterling had with his lovely (and certainly morally upstanding) mistress, V. Stiviano.

And now all the world is in a frenzied self-righteous uproar because a public figure made some small-minded and inappropriate comments....in private.  It's so abhorrent that President Obama has taken time to comment and NBA commissioner, Adam Silver is being pressured on all sides to levy some sort of punishment.  Plus, NBA players past and present, rap "artists", and even Oprah Winfrey have stepped out of the shadows to publicly crucify this racist-du-jour.

I am not arguing that Donald Sterling is not indeed a racist.  He has a long and sordid history of racial discrimination, mostly in regards to real estate ventures and not who's screwing his mistress, but still... It kinda makes you wonder why this guy was scheduled to receive a Lifetime Achievement Award from the NAACP, that is until these unverified secretly recorded racist statements hit the media... must have been all that cash he donated to the Democratic Party.

So with everyone screaming for this guys head on a spike, I'm left wondering why no one is incensed over the secret recording.  First of all, why is the public so willing to jump all over these illegal recordings obtained by a woman with a grudge without taking time to verify them. Apparently in cases of alleged racism, due diligence is just so darned inconvenient.  (I forgot to mention the lovely mistress's threats of "getting even" with the family after Sterling's wife brought a lawsuit against her for the embezzlement of $1.8 million.  With all of the high moral standards these people exhibit so publicly, it's hard to imagine why it's the racism uttered behind closed doors that have brought out the virtual lynch mobs.)

Mr. Sterling, at least on this occasion, broke no laws.  While I'll admit that he appears to be a despicable human being, he has every right to believe whatever the hell he wants. Where is the public outcry about recording a man in the privacy of his own home without his knowledge or consent?  Why is no one mentioning the illegal wiretapping laws that where violated?  Has the NSA made us so insensitive to violations of personal privacy that what was said in privacy is seen as more contemptible than the violation of that privacy?  Private conversations held with "loved" ones behind closed doors should be sacrosanct, even if the subject is despicably backwards and racist.

Where are the charges of felony wiretapping against V. Stiviano?  She actually broke the law, and broke it heinously.  And while Mr. Sterling certainly doesn't need any more money, he should probably sue the unholy heck out of TMZ and every other "news" outlet that released the recording.  Perhaps there can be some social justice in this situation.

I feel like you read my mind! I've been saying the EXACT same thing :)