I Can't Control My Children

The internet is full of really mean people.  By using social media, we have the protection of anonymity and the ability to interact without having to look someone in the eye and acknowledge their humanity. It seems to bring out the inner Simon Cowell in a lot of people, causing them to lob nasty comments at the invisible humans on the other side of the computer screen.

This week my blog post, Why My Children Sometimes Have Potty Mouths was featured on BlogHer.com.  The extra exposure led a lot of new people to my blog, which is a cool thing.  Why am I writing if not to have people read what I'm writing, to get people thinking and discussing what I have to say?  I can't vouch for the actual thinking these new readers were (or apparently were not) doing, but it definitely led to a field day full of insult-tossing.  I received all kinds of criticism on my parenting ranging from insinuations of child neglect to accusations of spreading the "lies of Satan". (Although, my accuser couldn't even spell Satan correctly... or maybe she really did mean I was spreading the "lies of Satin"... it might be a reference to the glossy and lustrous facade of certain fabrics who hide their dull lackluster undersides.  She also seemed to have an almost psychotic aversion to punctuation, but I digress.)

I've been engaged in this parenting gig for over 18 years now, and I have four pretty freakin' amazing kids.  I parent in pretty unconventional ways, so I'm no stranger to criticism in regards to my parenting choices, and I don't expect everyone to parent the way I do.

It's all good.  Variety is the spice of life and what not.  But here's the deal:  The average American adult is overweight (60% of Americans) and heavily medicated (70% of Americans are taking at least one prescribed pharmaceutical drug with the second most common prescription being for antidepressants).  The average American is drowning in debt.  Between banks and retail stores there are more than SIX credit cards for every customer.  The average credit card debt is more than double what it was ten years ago ($9200 per household) and that's not even factoring in mortgages (the average principle amount owed on a home loan is $70,000) or student loans (the average student is left with a debt of $20,000 after graduation).  Large portions of the population can't read (32 million adult Americans) and many of those that can read choose not to (28% of Americans didn't read a single book in 2012).  Our government sponsored educational system has failed us in more ways than one (The average American doesn't understand basic concepts of science and technology while 84% of Americans don't know where the Ukraine is located).  The average American generates 4.3 pounds of garbage each day.  And the average American adult's daily "screen time" is 7.4 hours (While I understand that our lives are almost inseparable from technology, it seems important to remind you, dear reader, that the content of that "screen time" is developed by someone else with a purpose in mind... to influence you in some way, either to buy something or feel something or think something.  We are constantly being manipulated by the media) and spends 90% of their day indoors. 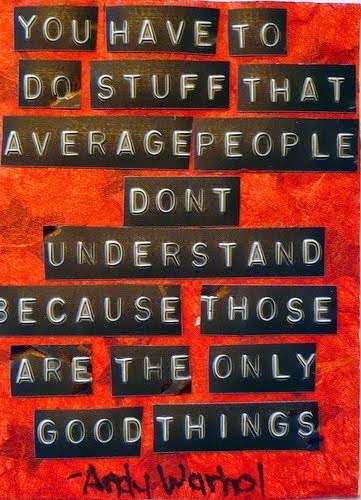 From the day I got that positive result on that pregnancy test, I've taken parenting very seriously.  I've researched and pondered and asked questions and even prayed about every big decision and every philosophy we've adopted.  I assure you my parenting is not haphazard and arbitrary. Instead it is very deliberate and thoughtful and intentional.

So to the dipwad who called me a "piss poor parent" because I couldn't control my children, you are right... kind of.  I can't control my children.  I can't control my children any more than you can control yours.  They are human beings with their own dreams and desires and their own freewill. Parents can lay down the law, make the rules, and attempt to enforce them with punishment.  But children will inevitably make their own decisions.  They will choose to obey the rules or not.  I just want mine to make their decisions with confidence and compassion and empathy rather than making them from a position of guilt and fear.

While my children are fairly well-behaved by society's accepted standards (they can eat dinner like civilized human beings at a restaurant without spoiling the experience of other diners plus they help around the house and are generally polite to adults and have never been arrested), my goal has never been to raise well-behaved children. I have a more long-term goal in mind.  I'm raising future adults.

I stubbornly believe that this world needs more adults that are creative and curious and empathetic, freethinking adults who question authority and the status quo and the meaning of their own existence, adults who are healthy both physically and mentally, adults who are engaged and alive and adventurous.  We need adults who aren't afraid to ask the big questions and aren't afraid to shake things up.  And it is my sincere desire to send four such adults out into the world.

Sometimes creating such adults doesn't produce well-behaved, compliant, docile children.  My children ask questions and push boundaries and make messes.  They aren't afraid to express themselves or disagree with authority figures (sometimes those authority figures are their parents) or take matters into their own hands.  They are problem solvers, deep thinkers, creative artists.  And they are definitely NOT average.

It might be easier to live in a house with children who weren't so comfortable expressing displeasure with the rules, children who just blindly followed every order (or just broke them behind their parents' backs).  I'd have a lot more mental energy if I shipped them off to school for someone to tell them what to think, if they could be forced into an easily manageable mold, to walk in straight lines, and do what they are told without question. If I had more rules instead picking the big battles and trusting them to make smart choices, maybe my life would be easier.  If I didn't have to answer their incessant questions or defend my reasons for setting every boundary  I'd have more time to watch Game of Thrones and drink cheap wine.

But raising future adults isn't about what's comfortable or easy for parents.  It's not always about managing the childish behavior in the moment.  Instead, it's about keeping the end result in mind.  It's constantly asking yourself, "What kind of adults am I molding?"

So no, blockhead ninny cyber-commenter, I'm not a "piss poor parent" (although there are probably plenty of them out there).  I'm a goal-oriented, conscientious, engaged parent.  My actions are deliberate, not negligent.  My parenting just doesn't always look like what the average American parent thinks it should.

But kudos to you for acknowledging that I can't control my children.  I just wouldn't want to anyway.  It's beautiful and challenging all at once.  But I wouldn't want the alternative, because only the government and corporate moguls want easily-controllable homogeneous adult automatons.