A Letter to My Son's Punk "Friends" (A Lesson On Bullying)

I am disgusted with you.  I mean really, REALLY disgusted.  (You can ask my family about the tirade they had to endure when I discovered the little piece of information that I'm getting ready to share with you.  It wasn't pretty.)

My younger son, your "buddy", is twelve.  Over the summer, he managed to save up enough money (from a weekend lemonade stand, birthday money, and dog-sitting....hours of work, I might add) to purchase his very own laptop computer.  This was no small feat for a young guy who enjoys impulse buys of chocolate and soda.  But he stayed focused and saved up every penny he could get for months, and I am pretty proud of him.

And he is pretty proud of himself, too (which he absolutely should be).  And he is proud of that laptop, too.  (Far more proud than if it had been handed to him brand new by doting parents who cater to his every whim.)

Like anyone who has accomplished something remarkable (child or adult), he wanted to tell people about it.  He especially wanted to share his accomplishment and the acquisition of his new prized possession with his "friends" (I'm talking about you here)....mostly because he wanted to play Minecraft with you, something he has wanted to do for months. 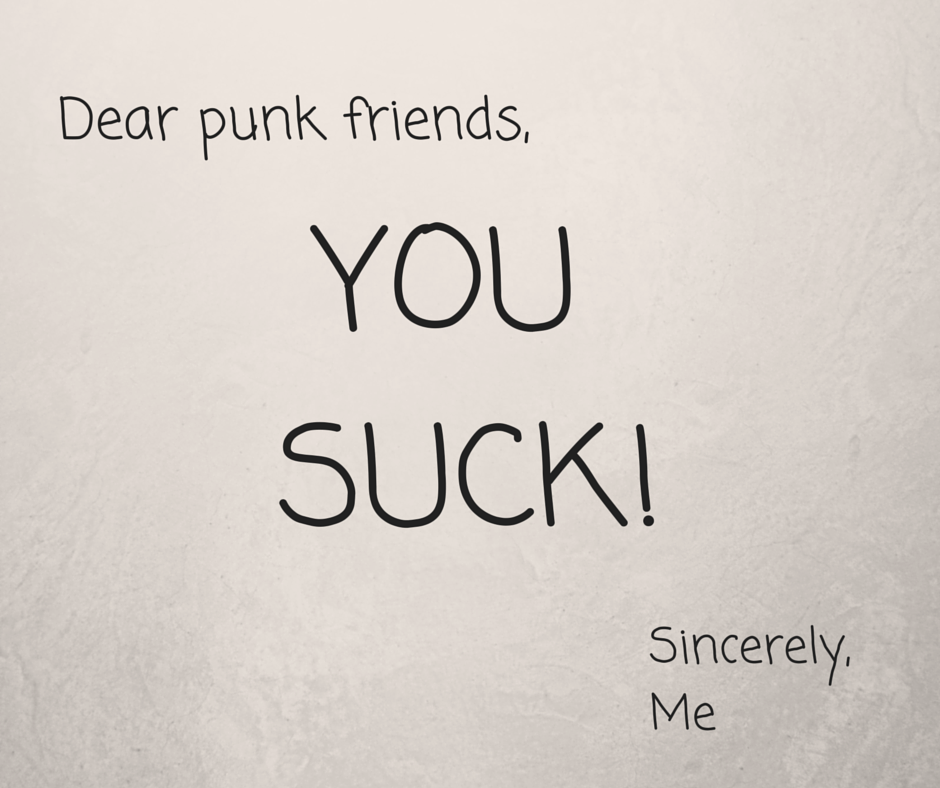 But instead of a "Hey, that's pretty cool.  Let's play Minecraft!"  He got insults.  What did you say?

"Too bad you had to buy it for yourself because your parents are too poor."

And it's not the first time.  Apparently you horrible little rugrats (I'm trying very hard to keep this G-rated) have made it a habit of throwing the poverty insult in my son's direction.

Initially, I was just completely baffled.  Having experienced poverty, REAL poverty as a child, I couldn't figure out what you kids (and some of you are well into your teen years) were talking about.  We live in a large house in a fairly nice neighborhood.  My kids always have enough to eat (Even the teenagers who eat like there is no tomorrow).  They have clothes that fit. All of their physical needs are met.  This family, is far FAR from poor.

But my son enlightened me.  He doesn't have a cell phone...or an iPad...or the newest craziest game system...with hundreds of dollars worth of video games to go with it.  Until, he purchased his own, he didn't even have his own laptop.

Gasp!  How can my children stand to live under such horrible conditions?

Here's the deal, you snotty little brats.  You in your cushy suburban palaces, busy wasting your parents' money.  You have no idea what poverty looks like.  So let me give you a little first-hand perspective.

Poverty isn't a lack of expensive gizmos and gadgets.  Poverty is going to bed hungry.  It's living without electricity...not just to run your PS4 or recharge your iPhone...but having to do homework by candlelight, no electricity to illuminate nightlights for a little girl that's scared of the dark.  It's having to heat up water on the stove to bathe in because there is no hot water heater.  It's living in a house so cold the water in the toilet bowl freezes in the winter.  It's having rats crawl in bed with you at night.

Poverty is living in horrible conditions and not having the money to meet basic needs.  What scares me more than anything, is that you see your expensive play toys as necessities.  That you see my son as somehow deprived because he goes without them...or has to buy them himself.  This is what affluence does to our children.  It skews their perspectives on what is important in life.  It turns them into mindless consumers and demanding leeches.

And just so we are clear, selfish punks, I could have purchased the laptop for my son if I had wanted to.  But I chose to give him something more valuable...the satisfaction of hard work and delayed gratification and a goal met.  I gave him the personal pride of counting out those hard-earned bills into the cashier's hand as he purchased HIS laptop.  Because that laptop belongs to him in a way none of your expensive gizmos or gadgets will ever belong to you....because he earned it.  Mommy and Daddy didn't buy it for him in some shallow attempt to win his affection or appease his whining.  He alone earned and saved every dollar.  And the lessons he learned and the self-esteem he reaped from the experience are far, far more valuable than any of your toys.  Next year all of your technological trinkets and baubles will be outdated and you'll be crying for new ones, but my son will still have the value of his laptop long after it's become obsolete (probably within the next 6 months, right?)

I truly hope none of you immature urchins ever have to experience poverty first-hand.  But maybe your parents should take you camping or something, let you do without video games for a few days.  Or maybe just get you some coal and switches for Christmas...Or better yet, make you earn your new XBox One.....I think you could all use a little perspective.

Sincerely,
One Sorely Disenchanted Human Being (and Pissed-Off Mother)

way to go, and hope this give them something to think.

What an amazing post! I couldn't agree with you more. Back in my day, it was all about "the shoes". Stinkin' NIKE's that cost 2-300 bucks because some athlete's name was on them! NO WAY!! My kids went through the same thing, belittled because we were too poor to buy them the latest trend. My husband and I had the money, as you so accurately stated, that wasn't the point! I told my kids the same thing, you want those shoes, get out there and mow some lawns or walk some dogs, etc. Guess they didn't want them that badly! Society is churning out a bunch of brats that feel entitles to every damn thing. Your son will shine in the end as you well know! Good for you!! AND, tell your son there is another mom out there who thinks he is fricking AWESOME!!

when i turned 16, my dad took me to get my drivers license. when i got it he took me to a car lot, and, told me to pick any car i wanted. when i found the one i wanted, he said i found you a job to pay for it. later when i came home late my mom wanted him to take my keys. he said " he bought it with his own money that he earned, i dont have a dog in this fight" it taught me that if I work for something no one can take it from me. your son will learn that lesson too.