How Disney Does a Disservice to Women By Tearing Down Men 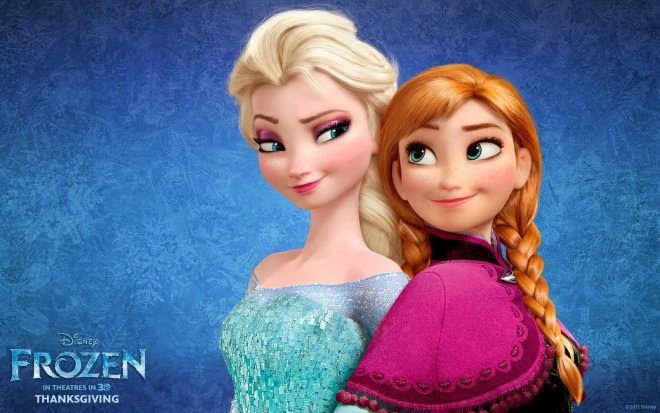 I finally got around to watching Disney's Frozen.  I know, I know...you're wondering what the heck took me so long.  I'll remind you that my kids aren't little anymore, and so I'm spared from a lot of the whining nagging persistence that used to accompany our children dragging us to the movie theater to watch the latest and greatest kids' movies.  That and I'm still mad over the Disney/Pixar merger/buy-out...but, whatever.

I had been assured by several friends that I was absolutely going to love this movie...like, there was no way in the world that I possibly couldn't.  After all, it's full of themes that I tend to champion, like strong women, and the strength of bonds outside of romantic love, and empathy for the "villains" of the world, and catchy show tunes.  What's not to love?

Aside from a forced plot, somewhat shallow character development, and the shouts of "Oh dear God, please get this song out of my head!" it's a pretty good watch.  Ana is endearing in a spunky, awkward sort of way and Elsa gives a glimpse into the development of your friendly neighborhood psychopath (Hint:  It's the parents' fault.  It's ALWAYS the parents' fault.) and although Olaf The Snowman is horribly annoying in a way we haven't witnessed since Jar Jar Binks, he does sing probably the best tune in the whole stinkin' movie.

But (There's always a but, isn't there?)...there's something that is really bothering me...and I don't mean the catchy show tunes that I just can NOT get out of my head.  What has Disney done to it's male characters?

Of course there's the all-too-apparent lesson that women don't need men to rescue them (I'll admit a refreshing turn from the more traditional princess flicks like Snow White and Cinderella).  But maybe these women HAVE to be strong and independent because they are surrounded by disgusting loners with questionable hygiene who need to be "fixed" (Kristoff), greedy goofy self-interested murderers (The Duke of Weasel Town...um...Weselton), or lying and manipulative sociopaths (That'd be Hans).

I'm all for the development of strong female characters, but not at the expense of the male gender.

I'm worried that Disney has fallen into the media trend of painting males as foolish and incompetent slobs.  We aren't doing our daughters any favors by portraying men constantly in a bad light.  Women can be strong and capable and intelligent even if men are strong and capable and intelligent rather than goofy and incompetent and easily manipulated.  We can not build ourselves up by tearing others down.  It leaves us all damaged if we must stand on the wounds of others in order to feel valuable.

Couldn't Ana have saved the day in the midst of confident and capable males?  (We could still use Olaf and Sven for comic relief, right?)

Probably not...those males would have just been labeled misogynists and anti-feminists, especially if they had offered a hand to help.  Is a woman weak if she accepts the freely-offered help of a man? Women are competent and certainly don't need any help from men even if it's offered in sincerity (That's sarcasm, by the way).  By teaching our daughters this lesson, we just might be dooming them to a lonely life, setting them up for constant unresolved relationship struggles.  Just because a woman doesn't NEED a man doesn't mean that she might not want one.

Maybe it's because I am the mother of boys, but I also worry about the effects of subliminal programming on them.  Courage and courtesy, strength and integrity, yes, even Chivalry are all honorable qualities we should be cultivating in the next generation of men.  They are still timely, even in this age of liberated women.  I don't want to live a world where men are constantly afraid of offending a woman by actually being men of character.

Perhaps we've gone too far in the opposite direction from Snow White and Cinderella.  Or perhaps I should just stop watching movies altogether (but then what would I have to complain about?).
Posted by Alice Jones Webb at 1:28 PM