If You Don't Want To Be Treated Like A Loser

I recently witnessed a "friend" complain rather loudly on social media (in a way far too crass for me to share on my blog.  I am nothing if not f*cking classy) that he would not be seeing any action with any female genitalia in the foreseeable future... because apparently, all of his friends and family needed to be in the know.

Some of his other stellar updates include "I hate girls... F*ck them... they make me so mad!" and "F*ck love and f*ck romance i hate girls or female there f*cking evil as sh*t"

Aside from his horribly inexcusable abuse of the English language, I can't seem to understand why this guy can't seem to get a girl to sleep with him. 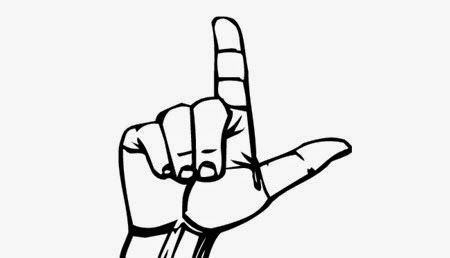 Here's the deal: If you don't want to be treated like a loser, don't act like one.

Don't be like this guy who is constantly lamenting (in equally poor grammar) his utter loneliness and unfulfilled desire for a committed relationship.  Add in the pictures of booze and he comes off as a real winner.

And yet, poor little innocent guy, he can't seem to understand why girls won't give him the time of day.

Some people wouldn't understand irony if it beat them repeatedly in the head with a safety helmet.

And it's not just this guy.  Some of my unattached female friends constantly complain about not being able to find a "good man"... which they so obviously deserve because they are alive and breathing and possess vaginas.

If you spend your time dressing like a floozy, drunk off your keester, and hopping in and out of beds like some sort of trampoline acrobat, you don't deserve a good man (although I have this Facebook "friend" I could hook you up with).  If you want to attract (and keep) a good man, how about behaving like the kind of woman that a good man would want to be in a long-term relationship with.  Because I assure you that while short skirts and slutty behavior might grab any man's attention, it's probably not going to keep it for very long, at least not in the loving, committed, healthy relationship kind of way.

I don't care if you want to party it up and engage in promiscuous behavior.  I really don't.  You can live your life however you want.  It's a (somewhat) free country.  I won't even judge you for it.  I pinky swear.

Just don't whine and complain about life treating you unfairly when you are just reaping the seeds you've sown.

And please think twice about posting your questionable behavior all over the internet.  There might come a time somewhere in the distant future when you find yourself pursuing a meaningful and respectable career... or you wind up with kids that you'd like to be a role model for... or there's a really awesome person who thinks (for some weird reason) that you're a really awesome person, too. And those problematic posts on social media will haunt you and potentially ruin you.

If you wouldn't want your sweet and lovable Granny to read it or see it or hear about it, for goodness sake don't post it.  Just don't do it! Your future self will thank you.
Posted by Alice Jones Webb at 3:40 PM