Some Rules Regarding PDA (Public Displays of Affection)

Several days ago I had the...um, privilege?...no, pleasure?...no, that's not right...uh,  repulsive nauseation?...yeah, that's better...to witness a couple get down and dirty with some serious PDA (public display of affection) at a local restaurant.  They were experts at performing the tonsil tango.  They rubbed various erogenous zones and sipped their chowder simultaneously off the same spoon and mussed each other's hair while swooning and smooching and generally making everyone around them feel utterly and completely uncomfortable.  Dinner and a show!

It was so sweet and cute and adorable.

I can't even be sarcastic about that.  It was horrifically disgusting and unappetizing and generally un-kidfriendly.  (Mother's hide your children's eyes!)

I don't really mind mild public displays of affection.  Who hasn't sighed over glimpsing an old couple strolling hand-in-hand?  And there's nothing wrong with an affectionate hug or a quick kiss as signs of affection.  But the real problem with Restaurant Romeo & Juliette's exhibition had nothing to do with affection (which is by definition a fond attachment or devotion).  No, the blatant foreplay this couple exhibited was a burlesque mockery of true love and affection.  What this couple, with their waltzing tongues and frolicking fingers, was displaying may have been lust, or obsession, or possession, or foreplay... maybe even downright greed and hunger...but it was NOT affection.

What is affection?  Affection is an act of showing love, interest, and care for someone.  Affection is caring for the well-being and happiness of the other person.  It is respecting that person as a valuable and worthwhile human being, not just a smokin' hot body. 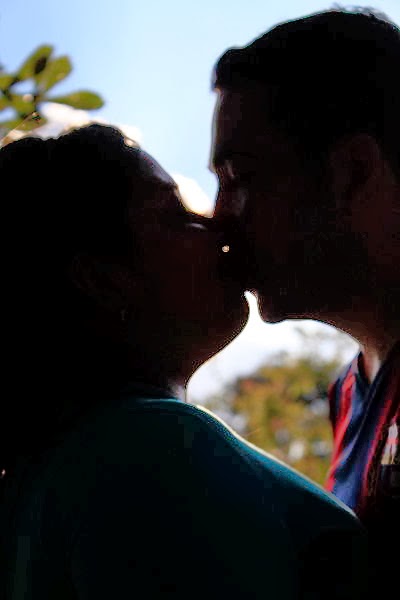 If you are snogging some person's brains out in a public place over your medium rare steaks while mother's turn the faces of their children away in horror and shame...well...I have to question your level of respect for that person.  Respect kind of implies that you see the person on the other end of that french kiss tonsillectomy as a human being.  Now, I couldn't read these people's minds (I'm still working on my mental telepathy skills), so they might be madly and devotedly in love with one another.  But perception is sometimes reality.  And I guarantee that the embarrassed and grossed out onlookers were not thinking this dude was into this chick for her personality and witty sense of humor.  He was publicly treating her like a piece of meat.  And she was treating him the same way.

So all of this led, like it usually does, to life-lesson time for my teenage children (You know they were excited about this one.  What teenager doesn't love to hear about the limits of public groping and face-sucking from their mother?)

First of all, I felt the need to reiterate the need for mutual respect in a relationship.  Because if there's no respect, there's no future.  Period.  And I also wanted to point out that people who respect one another do NOT rub each other's crotches in a public place...or play tongue basketball with their partner's uvula (That's that little dangly thingy that bounces around and hangs at the back of your throat).

Second, and this is the most important point of all (Really, I think I'm a genius for this one), if you are wondering if something is appropriate public behavior, just picture your parents doing it.  Whether it's holding hands or passionate kissing or sitting on someone's lap...if the thought of seeing your parents engaged in that activity  makes bile rise up into your mouth...well, you might want to just keep that for someplace more private...that is, if it doesn't kill the mood altogether...which is even better if you ask me.