How Public School Socializes the Genius Right Out of Our Children

"But what about socialization?"

If you've even thought about homeschooling your children for more than five minutes, you've probably heard that question. In more than fifteen years of homeschooling, I've heard the word "socialization" more than any other term relating to education. Not critical thinking or problem solving or creativity. Not even test scores or graduation rates or going to college. It's always "socialization".

It's a sorry state we live in when the first question to arise regarding educational methods has absolutely nothing to do with the acquisition of knowledge.

Most days I'll give the pat answer: "Oh, my children are very involved in karate, dance, soccer, boy scouts, cheerleading, volunteer work, and their homeschool support group." It's easier to play along. To assuage their fear that my children are growing up as awkward isolated hermits. People seem to want to know that my kids actually venture out of the house from time to time, that they get to talk to other children and interact with normal people.

But it's not really what they mean.

By definition, "socialization" is the adoption of the behavior of the surrounding culture. What most well-meaning neighbors and relatives are really concerned about is whether or not my poor sheltered homeschooled children will be WEIRD.

What they are really asking is "How will your children fit in?"

"How will they be normal?"

Sure there are plenty of homeschooled kids who are kinda weird, at least by homecoming-queen, captain-of-the-football-team standards. But there are also plenty of "weird" kids roaming the halls of traditional schools. You probably knew a few from your glory days. Especially if you attended my high school, because I was definitely one of those odd kids. Yet nobody blamed public school for my weirdness. Little old aunts at family gatherings never whispered to each other behind their hands, "That one right there is weird. You know she goes to public school, right?"

But is "weird" really so bad? If you look up from your iPhone screen long enough to pay attention, you'll easily see a plethora of things in our culture that are pretty darned destructive. Consumerism, debt, pharmaceutical drug dependence, emotional isolation, the ignorance of the masses, social apathy. Do we really want our kids "adopting the behavior of the surrounding culture" when the surrounding culture is destructive? 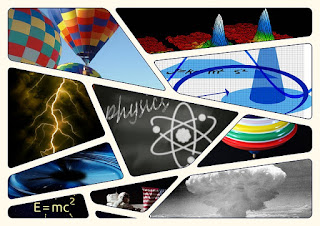 Ellen Goodman said, "Normal is getting dressed in clothes that you buy for work and driving through traffic in a car that you are still paying for - in order to get to the job you need to pay for the clothes and the car, and the house you leave vacant all day so you can afford to live in it."

When you put it that way, maybe weird and different isn't so bad.

It's not like the "socialization" skills kids learn in a school setting translate to the "real world" anyway.

In the compulsory school model, children are herded into classrooms, associating strictly with other kids their own age... sometimes 30 kids to one adult teacher. Nowhere in life outside of school (not in the workplace, or college, or even in the military) does this kind of stratification into age-related peer groups occur. In this accepted and "normal" system, children are subjected to large doses of mind-numbing, conformity-inducing peer pressure.

The isolation into strict peer group classrooms stifles the ability of children to model other people older and more experienced than themselves. That is how social skills should mature and develop. Not by growing up in herds, surrounded by others just as immature and clueless. Children should be learning to be adults from other adults; not from other children (or worse: teens pretending to be adults which is what occurs in any high school setting). In "normal" school, children are largely forced to model each other. It's like the blind leading the blind. Only they don't realize they are blind.

The moment kids step out of their high school doors, the vast majority of social "skills" that were learned behind them are worthless and irrelevant. The social games they played with their peers don't prepare them for life.In the real world, image and feelings and a knowledge of pop culture matter very little. Real world skills and problem solving and a solid base of knowledge are what matter. Along with good inter-age communication skills which will generally be lacking.

Still, a lot of teens enter adulthood overly occupied with social position and personal image. And within a few years of graduation, they'll likely have substantial debt and a standing appointment with a good therapist to show for it. Although they'll probably be driving a nice car to the job they need to pay for it. Because... you know... image.

Interestingly enough, a study on "The Childhood Pattern of Genius" published by the Smithsonian Institution found three common ingredients in the childhood lives of influential and accomplished geniuses. They are:

1. Time with warm responsive parents.
2. Freedom to explore their own interests.
3. Relative isolation from other children.

Public school misses on all three points, while homeschooling hits them all.

But some people would say that Albert Einstein, Sir Isaac Newton, and Thomas Edison were a little weird, too. At least my kids are in good company.
Posted by ajoneswebb at 11:57 AM

Great article very true having 2 teenagers in main stream who are both struggling with the constraints and teachers treatment of students. Its like they were all brainwashed at Uni to teach kids the same way as less than humans. Even if its not in the teachers nature but as a misguided belief it helps to controls the class.
I would love to have a part time co-op type schooling set up for my youngest so I can work part time as well but avoid mainstream. Do you or your readers have any experience with this?

Wow. I just found your blog and already love you!.I am fighting the world as I homeschool my teenage son, my deceased mother was a teacher and is probably rolling over, but I agree with you 110%. Why is all the homeschool help or support groups so hidden? That has been my only struggle. Looking at the difference only I see in my son, well that confirms I am doing the right thing. Unfortunately, school is a free (and not a very good) baby sitter for those that cant afford to homeschool and still pay bills. I feel fortunate, yet sad more kids don't have the same opportunity.
I must read more of your blog and Thank You!

Hi, Kate. My family has had a brief experience with a co-op. It can be a great opportunity if you can find some like-minded parents. Fortunately with the internet, it's never been easier to connect with those Outside-the-box thinkers. Sometimes if you want something badly enough, you just have to go out and create it yourself. Good luck to you.

One of the biggest reasons people give me for not homeschooling their children is that they can't afford it. Makes me sad, because I assure you my family can't really "afford" it either. We've made a lot of sacrifices and finances have often been a desperate struggle (especially when the kids were young), but we've always found a way to make it happen. From tag team working (I worked nights while my husband worked days so one of us would always be home)to dumpster-diving for recyclable metal we've found some pretty creative ways to pay the bills.

Spot on! Like - nail on head! Perfect. I am reposting and sending to my family to read! Maybe I'll stop getting the stupid question now??? Ha! One can dream, can't they??