If I'm Not A Feminist, I Must Be A Misogynist (Or Something Like That)

Someone once assumed I was a feminist.

Because I wrote this post: Why We Need More Female MMA Fighters

"Feminist" can be kind of a loaded label meaning different things to different people. If writing about women being actual people rather than objects of sexual desire makes me a feminist in your eyes, then I suppose I am.

But then I wrote this post: The Double Standard of Violence Against Women, which suggested that women aren't the only people experiencing gross unfairness because of their gender.  I actually suggested that men have it bad sometimes, too (GASP!).

Apparently, this sort of thinking doesn't fit into standard feminist thought. And of course, if a person isn't a feminist... they must be a misogynist (at least according to a few feminist Twitter rants that happened to provide me with some humorous entertainment this week... although I don't think humor is what they were going for).

A misogynist is someone who hates women.

But I am a woman... which would mean I hate myself.

While I do occasionally, for brief moments, wallow in self-loathing (usually on mornings when I'm running on a severe lack of sleep and coffee), most of the time I think I'm a pretty awesome person. And most of the women I know... they are pretty cool, too.

One of the great feminist slogans comes from a quote by Cheris Kramarae: "Feminism is the radical notion that women are people."

But what if I think men are people, too?

If that makes me a misogynist, I suppose that I am guilty. 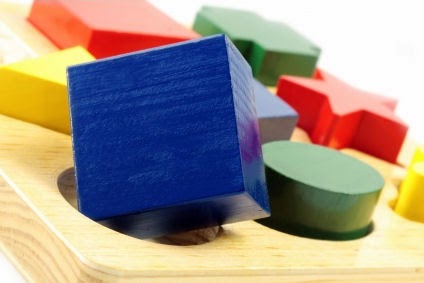 But all of this radical labeling bullshit is probably just the way narrow-minded people attempt to cram triangle pegs into the square and round holes of thought, forgetting that there might be more choices than just two. They fail to see that the world displays a much richer array of colors than just stark black and white.

I didn't realize that gender issues had become so staunchly bipartisan.

If we only ever listen to people who agree with us, people who think exactly like we do, growth never happens. We will be stuck right where we are now, only more self-righteous and more self-important than we started out.

And we'll be messed-up excuses for human beings with gigantic persecution complexes,  incapable of understanding any way of thinking other than our own.

Which sounds like a lot of people on my Twitter feed.
Posted by Alice Jones Webb at 12:46 PM

A novel idea let's treat people like people! Labels are so restrictive.