Mostly because it means the end of ugly despicable annoying campaign ads.

Here in North Carolina it's been particularly nasty as Kay Hagan and Thom Tillis have duked it out through print ads and television ads and inconvenient phone call campaigns in the most expensive Senate race in history.  It's too close to call and could swing either way by a very thin margin. While you would think that over $100 million dollars in campaign spending might lead to an effective dissemination of information, that the general public would gain an adequate understanding of each candidate's intentions and qualifications and vision... it hasn't. We've heard very little (read that as absolutely nothing) about each candidate's individual plans, hopes, or dreams for the country. They've been too busy fussing about why the other person is a piss poor choice for your vote.

That's a lot of money that could probably have been better used to achieve something socially beneficial and productive. It's disgusting really, and almost enough to make me throw up my hands in frustration and curse the whole process.

Because what does my one tiny vote really matter anyway? Ultimately it matters very little. Even in a race like Hagan v. Tillis, where the margin of victory will be razor thin, my single vote is certainly not going to tip the scales in one direction or the other. Like my newly registered voting son pointed out, "Mom, if voting made any difference, they wouldn't let us do it." Besides, this is an election lacking a probable outcome that doesn't utterly suck for the citizens of America.

But I will vote anyway. Not for Tillis or Hagan. That would seem like voicing my approval for the childish and destructive way they have both approached their campaign, not to mention an endorsement of their parties' policies and actions. I can't do that with a clear conscience. I would rather cast an empty ballot than one in favor of either of them.

A vote for the lesser of two evils is still a vote for evil.

But to not vote is an even greater evil. 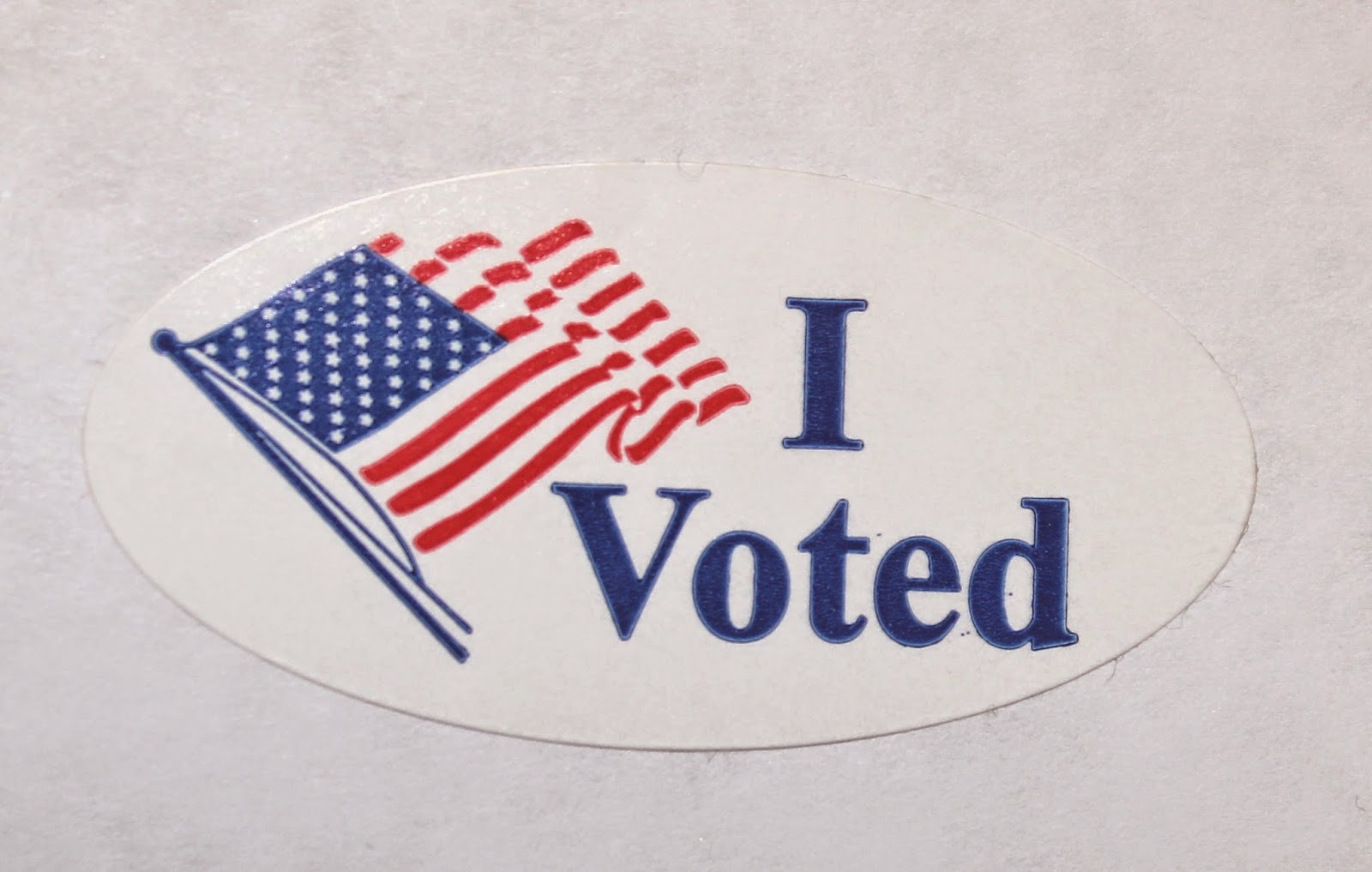 To not vote is like voicing your consent. It's like saying, "Go ahead and spend millions upon millions of dollars on a smear campaign. That's fine with me. And then go ahead to Washington and continue to ignore the voices of your constituents. You don't work for them anyway. You work for the big businesses that funded your mega million dollar campaign, and I'm okay with that. Continue on with your hypocrisies. Do whatever you want. Trample my freedoms. Take a portion of my income by force and spend it on whatever tickles your fancy. Spoil the earth. Coddle the poor. It doesn't matter. It's all good. I give my consent!"

It doesn't take a lot of effort for the government to have it's way with you. There are no "Yes Means Yes" laws when it comes to consent of the governed (That's only applicable in the sexual relationships of California college students). To not speak, to not vote, plays a part in creating an illusion of consent. Like most sane and reasonable human beings understand, sometimes silence means "Yes!".

I understand the frustration that sometimes leads to not voting. Most elections lack a candidate that I really want to vote for. Politicians tend to suck. They lie and promise and swindle. Sometimes it seems like there is no viable option. I'm a firm believer that Republicans and Democrats are just two sides of the same tarnished coin. Sometimes there is a third party candidate that I can get excited about. (In North Carolina's US Senate race there is Sean Haugh, a much over-looked and under-estimated Libertarian candidate.) Most often there is not, and not everyone wants to vote libertarian (though I think a lot of people fall into the spectrum of libertarian philosophy without even realizing it).

There are other options besides refraining. A write-in or a blank ballot speaks more clearly than a non-vote. It cannot be misinterpreted as acquiescence or apathy. It's not the same as sitting at home in your recliner on election day without caring. It is a firm "No!" shouted into the political void.

If enough of us start shouting, it might start to sound like something worth paying attention to.

Even if you don't vote, you still get to complain about all of the political bullshit that is bound to happen during the next Congressional term. I can't stop you. That's your right. You know, free speech and all that. Just remember that the act of not voting speaks just as powerfully as the act of voting. Not voting is an approval of the system. Not voting validates your consent to all of the schemes of the government arrangement. Don't let your silence be your "Yes!" to government rape.  Break the cycle! Say something! Anything!

Shout with your one small vote, and I will shout with mine. Together let's break their control over us.
Posted by Alice Jones Webb at 10:35 AM

I'm quite pleased with what seems like more pride than usual about voting this year. There is pride in voting and pride in nudging others to do so, too. I hope we've made a tremendous difference this year.