That Whole Revolution Was For Nothing 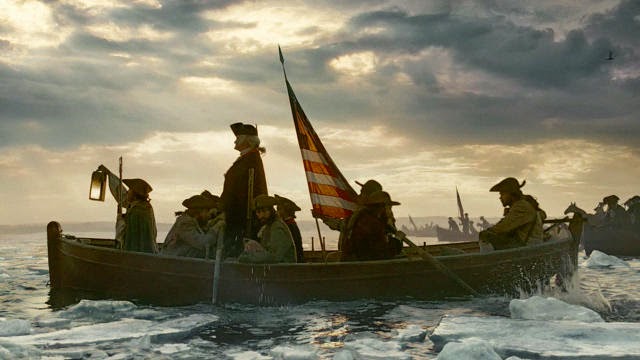 We don't watch a lot of television in our house. It's not necessarily because we don't want to, or that we've made some sort of conscious decision to refrain from passive entertainment or mental and emotional escapes from reality, or that we don't want our minds overly influenced by media propaganda.

Of course, all of those would be great reasons to not watch television, but the truth is that we're just too busy for the television. Which I suppose isn't a bad thing.

Like a lot of Americans, we watched the Super Bowl, not necessarily because we were overly interested in the game. I couldn't have cared less about the outcome (although that fist fight near the end was entertaining), but we fried hot wings and heated chili cheese dip and fixed up cold cuts with most of the country anyway. We watched the game as a family more for the experience than any real interest in the final score.

Because we don't watch a lot of television, we sometimes miss out on a lot of the subtle (and sometimes not-so-subtle) messages that come through in product advertising, so maybe I'm over-reacting, but I'm a little disgusted with the Turbo Tax commercial.

"Wait... Isn't that the Boston Tea Party?" my eleven year-old asked seeming confused. "Why aren't they dressed like Indians?"

"But why did they call off the whole thing?"

I'm glad she was confused, because honestly so was I.

In an attempt to be funny, the Turbotax advertisers insulted the founding fathers and their cause, but they also managed to make a few accurate cultural statements:

A runaway tyrannical government is acceptable so long as it's throwing free stuff at it's citizens.

Taxation isn't all that bad. At least it's not costing us as much as it could. (Meanwhile, the average citizen is chucking over almost 60% of his/her income in the form of taxes... but at least we can file for FREE!)

Sometimes the government makes it look like we're getting a good deal while they are still screwing us over.

It's easy to pacify the masses if they are entertained.

That last one is especially true considering my entire family voluntarily spent a Sunday night watching a state-sanctioned gladiatorial game of virtual combat interspersed with psychological (yet humorous) propaganda promoting the apathy of the masses.

But it made for some interesting discussion points at the family dinner table.

"If taxes were the main reason for the Revolutionary War, why aren't more people today upset about paying so much in taxes?"

"Isn't tyranny still cruel even when they act like they are being nice?"

I guess that depends on your perspective.

"Would people actually give up their freedom so easily."

Thanks for the discussions, Tubotax. We couldn't have done it without you.

But we won't be using your product anyway.
Posted by ajoneswebb at 11:01 AM