How My Kids Are Like Animals (Or Is It The Other Way Around?) 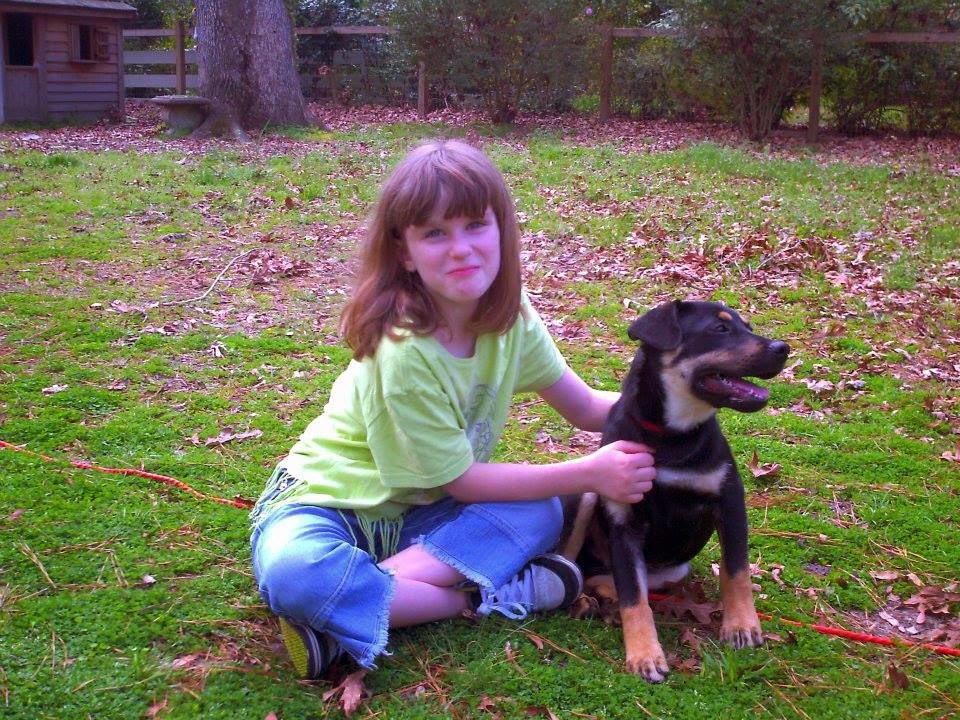 I used to get really irritated with people who called their pets "children" or the ones who claimed they were "practicing for parenthood" with their dogs. Pssh! I would look down on them in a more than slightly condescending way, maybe with a bit of self-righteousness that they had absolutely no freaking idea what parenthood actually is.

Now that I've been around the parenthood block a time or two (or four), all while juggling the responsibility and attachment to several family pets, I've come to a realization... sometimes it's difficult to tell the difference.

To prove my point, here is a nifty little quiz. Below is a list of things that have actually happened in our house. Try to guess whether the culprits are my darling and beautiful children or one of the furrier members of the family. I think you'll find it difficult.

Was it a pet or a kid? Scroll down for the answers. You'll probably be surprised.

2. Pees outside on the bushes.

3. Runs to the door every time the mailman comes to deliver the mail.

4. Sat silently watching me eat Girl Scout cookies until I finally shared one.

5. Didn't want to go outside to play because she might get her feet wet.

6. Played outside and got wet from head to toe and left a long wet trail through the front hall.

7. Sat quietly with me while we watched a movie.

8. Likes to jump on the furniture.

9. Leaves his toys everywhere for me to step on.

10. Gets really hyper when my parents come to visit.


And now for the answers...

1. Pet. My dog, Seamus has apparently quite vivid dreams. He woke me whimpering and thrashing from a nightmare. Meanwhile, I haven't had a kid wake me at night in years.

2. Both. It's just easier and more convenient to pee in the bushes when you're outside having a good time.

3. Kid. My youngest is slightly preoccupied with mail delivery. I guess she's hoping maybe someday she might actually get a letter or a package or something. For now she just enjoys handing me bills.

4. Kid. Sometimes they're afraid to ask so they just sit silently wishing and staring a hole through my soul until I feel guilty enough to hand over snacks.

6. Kid. What were you rolling in the mud? Now get a towel and clean up the lake you left on the hardwoods.

7. Pet. It's easier for the non-verbal members of the family to make it through a movie without asking questions about the story line.

8. Pet. It's difficult for them to just sit on the furniture since they are so much closer to the ground than the two-legged members of the family. Although I haven't entirely cured the kiddos from their routine furniture flopping. (Does flopping count as jumping?) That's why the couch sags in the middle.

9. Both. Whether it's dog toys or action figures, I'm going to step on something.

10. Kid. Who doesn't get excited over a visit from Nana? The dogs might bark a little when they first arrive, but the kids will bounce and chatter non-stop until she leaves.

As you can see, in some ways they really aren't all that different. Those pets are family, too.
Posted by ajoneswebb at 11:28 AM