Why I'm Afraid Of My Neighbors

Danielle and Alexander Meitiv of Maryland are back in the news this week. You might remember their names from back in December, when their parenting practices first fell under the harsh microscope of media scrutiny. That's when their children, Rafi and Dvora, were picked up by local police after a "concerned citizen" feared for their safety as they walked home from a neighborhood park... without adult supervision.

After that incident, the Meitivs were investigated by Child Protective Services and found to be guilty of "unsubstantiated neglect". I'm not certain you can get more vague than that.

On Sunday, another "concerned citizen" saw the children walking alone (an alarming sight, I'm sure) and called the police.CPS seized the children, keeping them in custody for more than five hours with no notice to the parents, leaving the Meitivs frantic with worry.

Not frantic that some psycho killer had snatched their children, however. They are aware that the sort of abduction that CPS, local police, and nosy neighbors want the Meitivs to obsess over (like all good parents) is incredibly rare and always has been.

"Unfortunately, our first thought was CPS and police. I never thought they were abducted by a stranger. Our first fear was, 'Holy cow. Could the police have stopped them?'" Danielle Meitiv explained in an interview with Today.

The Meitivs want to raise their children as "free-range kids", which might evoke images of barnyard poultry, but is really just the kind of freedom those of us over 35 remember as "normal childhood".

Most of us remember roaming neighborhood streets unattended, striking up games of tag and touch football with random neighborhood kids, riding our bikes with reckless abandon, most of the time kicked out of the house by our very own well-meaning (though probably exasperated) parents. We played in each other's yards and local parks and sometimes right in the middle of the streets.

And you know what? The neighbors never called the cops.

I can remember being sweaty and breathless and tracking mud into a neighbor's house because she was kind enough to let me use her bathroom... and then instead of calling CPS, you know what she did? She fixed me a glass of ice water.

I can also remember playing for hours on end outdoors, wandering through yards, muddy and sweaty, and another neighbor offering me a peanut butter sandwich, which I scarfed down with hungry pleasure and resumed the serious business of playing... unattended. I wonder if my mother worried that I didn't wander home for lunch that day. Still no one called CPS.

Why has America gone bat shit crazy over the subject of unattended children? Parents hover and obsess over their kids as if something dreadful and horrible is waiting to pounce on them the minute their guard is down. And if they don't hover, there aren't well-meaning strangers to offer ice water or peanut butter sandwiches, instead those strangers seem to watch from behind parted curtains ready to call the police on "abandoned" children.

As the Meitivs' attorney stated, "We must ask ourselves how we reached the point where a parent's biggest fear is that government officials will literally seize our children off the streets as they walk through our neighborhoods." 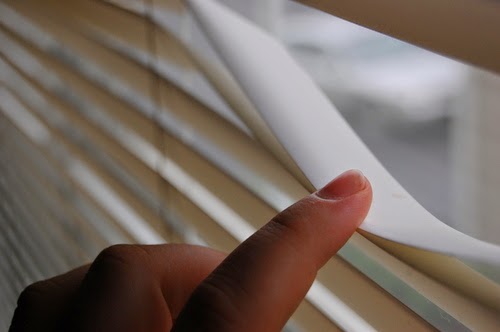 What's truly astonishing is that the parents doing the hovering and the "concerned citizens" doing the tattling are the grown-up kids that were left to their own devices... left unsupervised in cars, to walk to the store alone, left to ride their bikes through neighborhood streets and swing from the park's monkey bars. They are my generation, the ones whose parents pushed them out the door to play outside for hours on end without cell phones or organized extracurricular activities or helicopter adults. They are the parents and well-meaning neighbors who were given the freedom they are now determined to deny today's kids. They call the police to make arrests that would have branded their own parents criminals.

When did the danger of what the neighbors might think or do in regards to our children become a more real danger than what strangers might do to them? One call to the authorities from a tattle-tell neighbor could cause moths of stressful investigations and allegations and possibly a loss of custody from otherwise good parents. Unfortunately, in cases of accused child neglect, the parents are considered guilty until proven innocent. Stranger danger almost seems trivial compared to the constant threat of nosy, self-righteous, "concerned" neighbors.

Because I tell you with all sincerity... I am much more afraid of my neighbors.

It def has got to the point where neighbors and even family can be more of a danger. Good point!

People often ask me if I'm afraid of the wildlife out here. I'm not. It's people that are scary these days. Thankfully my neighbors are a lot like me. I watch their kids free range up and down our dead end two-mile road, stopping to talk, bouncing basketballs and riding bikes. I don't think I'd do well living anywhere other than the woods these days.

Because, not everyone went unscathed. I was a free range kid who was molested while visiting a neighbors house and experienced at least 3 missed abductions, serious attempts. I was chased down the street by gangs of kids because of the color of my skin (white). I was fast and God gave me wisdom to avoid abduction attempts (2escapes due to my speed, one my wits). So, when i hear of free range parenting, i think its foolisb because I've lived it and did have bad things happen. I think distant helicopter parenting is wise. Give distant supervision to ensure their safety.