Forget Football. A Walk in the Woods is Way More Dangerous


University life is dangerous. What with all the rape culture and underage binge drinking, it's a miracle anyone makes it out alive, let alone with an actual degree. A lot of the activities college students engage in is inherently risky, but some of it just won't be tolerated by university officials.

Penn State University recently shut down its 98-year-old "Outing Club' after school administrators decided the group was "too risky" for its student body. Why? Apparently, the Outing Club goes on outings (go figure) that occasionally take students beyond the reach of cell phone towers. This put them at risk of being disconnected from the rest of the world for short periods of time.

Its hard to imagine anything more dangerous that the inability to update your Instagram. Frightening stuff.

"Student safety in any activity is our primary focus," a Penn State spokeswoman told local media.

And while this sounds like a great reason to ban a bunch of young adults from backpacking in state parks, this statement is incredibly disingenuous.

The Penn State Outing Club claims it hasn't "heard of any injuries sustained on club outings in recent years."

Meanwhile, Penn State's football program remains in place, in spite of growing concerns about the long-term effects of concussions. According to the NCAA's injury statistics, 34 percent of college football players have had one concussion, while another 30 percent have had 2 or more.

A concussion is a much more serious and dangerous injury than the sunburn and bug bites suffered by student hikers. It seems off that the football program (along with the lacrosse and rugby programs) remain intact with all of this focus on student safety.

Of course, those football players are raking in millions of dollars in cash for the Nittany Lions, so I suppose the administration will just conveniently ignore the danger of those programs.

For 98 years, the Penn State Outing Club has planned hiking, camping, and canoeing trips into the woods. I bet cell phone reception was horrific back in the 1920s, and yet students wandered off into the woods without the University so much as batting an eyelash.

But they are right. Wandering off into the woods and disconnecting from electronic media IS dangerous.

Without an electronic tether, students might actually have to separate themselves from the constant stream of thought programming delivered by "news" sources and social media. They might actually have an independent thought (GASP!) or momentarily stop seeking validation in the form of likes and retweets (Oh, the horror!).

Plus, if students spend too much time in the woods, they might learn something that isn't on the approved curriculum. For instance, creativity and efficiency. Research published by The Wilderness Society has shown that time spent outdoors, away from technology, helps boost creativity, improve focus, and aid in problem solving, as well as strengthen work efficiency.

Think about it. Could there be anything more dangerous than a bunch of healthy, creative, confident, unplugged, free-thinking young adults?

This isn't about risk assessments or protecting college students like special snowflakes at all. We wouldn't want anyone sitting still and quiet and pondering the meaning of life, maybe deciding that the societal constructs we take for granted might actually be destructive.

There is absolutely nothing more dangerous.

At least for the status quo.

Even if it is the best thing that could happen to a University student. 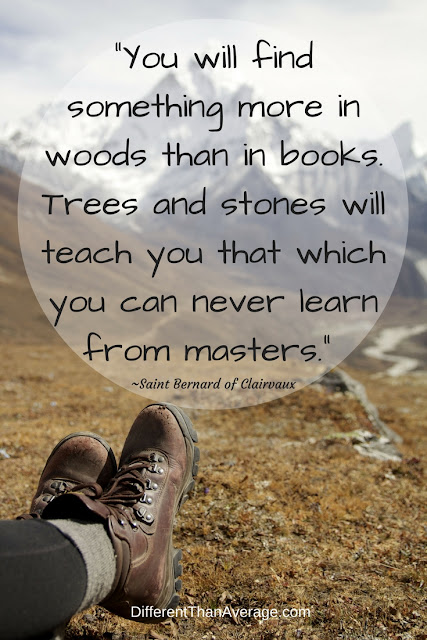 Posted by ajoneswebb at 1:44 PM