Always Leave A Place Better Than You Found It

As a kid, I was lucky enough to spend a lot of time hunting with my dad. Because Daddy wasn’t a private landowner, our hunting trips were spent hiking through state game lands, national forests, and other tracts of public property. 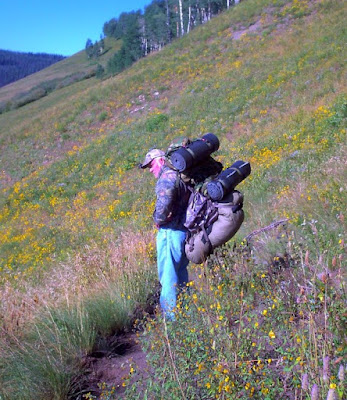 Often while we were hiking over rough terrain, either following crude trails or striking our own, Daddy would bend down to fetch some piece of garbage that wasn’t his own. Candy wrappers, beer bottles, soda cans, plastic baggies, were all fair game. He would pick them up, stuff them in his pack, and tote them out of the woods for proper disposal later.

“Always leave a place better than you found it.”

That was his only explanation. Few things irritated Daddy more than careless, inconsiderate hunters. Littering the natural landscape was one of his big pet peeves.

I must have heard this statement dozens of times over the years, a mantra carved into the crevices of my brain matter through repetition and respect.

I learned this principle following in my Daddy’s footsteps, my hiking boots literally stepping into the prints left by his. I still follow in Daddy’s footsteps, even though his boots are empty now. I always try to leave a place better than I found it.

Last week, my oldest daughter was stopped in a small town restaurant by two local women. The three of them chatted politely, mostly about my daughter’s first semester at UNC and her future plans. As always, Hannah was articulate and polite, answering questions with confidence and appropriate enthusiasm.

After their brief conversation, the two women commented about what how intelligent, confident,  friendly, ambitious, and well-mannered my daughter is.

Of course those words were never meant for my ears, but you have to be careful what you say in a small town. The walls have ears and secrets travel faster than green grass through a goose. And because those words were uttered in private, of course they got back around to me.

Now you might think hearing someone utter an insult to my character would get my panties in a wad, but you’d be wrong. I totally recognize the comment for what it is: a sincere compliment (although admittedly a backhanded one).

Of course my daughter is a better person than me. That was the point all along. The fact that these women could so clearly see that proves my success as a parent.

My daughter is smarter, kinder, and more driven than I have ever been, but that was all part of the plan. And if you think she’s awesome and amazing, you should meet the other three. Passionate, strong, motivated, brave. These are all words that could describe any one of my four kids. They are all better human beings than I will ever be.

Saying my daughter is NOTHING like me might be a bit of a stretch. She has lived with me for almost two decades, following round behind me or beside me for large portions of that time. We share strands of DNA. She once watched the world from my hip, ate my cooking, and listened to my singing. Surely that’s left a small imprint of me somewhere in her psyche.

However, I appreciate the acknowledgement that this fabulous person is better than me. I put an awful lot of time and effort into her raising. And I’m glad to have been successful.

I’m just trying to leave this world better than I found it.

Very True. I remember him saying those words! Rest In Peace Pops.

Of course she is like you! That hurtful comment tells more about the person who said it. You are a top notch Mom who is super intelligent and speaks your mind. Some people can't handle it when others are confident and successful. That person was only only trying to make themselves feel better. There was no anger or resentment in your post, but I'm sure you can tell how I feel about it!