Sometimes The Teachers Are The Worst Sort Of Bullies

I'm snowed in.  Like completely and totally snowed in.  Winter Storm Leon (Am I the only one who thinks it's ridiculous that we've started naming winter storms?  And if we are going to name something that can so completely cripple large portions of modern civilization, could we please name it something more ominous?  Like Hercules?  Or Cthulhu?  Or Darth Vader?)...Now what was I saying?  Oh yeah, Winter Storm "Leon" dumped a ton of the white fluffy stuff all over the South and has pretty much shut down life as we know it.

Which has left me with pretty much nothing to do today other than complain about the awfulness that calls itself daytime television and surf the internet...and complain about all of the ills of society that I find there.

And believe me there is an awful lot of terrible and stupid stuff out there that a grumpy and bored snowed-in blogger could rant about.

Then I found this story, about a 6th grader enrolled in Louisiana's public school system, whose family has filed a lawsuit against the Sabine Parish School System with the help of the American Civil Liberties Union (ACLU).  A story this terrible and stupid only comes around...well...at least once a week...so rant I must.

I know a lot of really excellent teachers in the public school system (my husband, for example), and I believe that most teachers have the best interests of their students in mind (They are certainly not in it for the money). The sixth grade teacher, Rita Roark, along with the principal and superintendent, in this story makes me question the motives behind why these individuals even entered the field of education.

Ms Roark is a Science teacher (term loosely applied).  She has told her students from the position of authority that every teacher possesses over their student charges, that the Universe was created by God about 6,000 years ago and (according to the lawsuit) that both the Big Bang Theory (The real theory not the TV show) and the Theory of Evolution are false.  She went so far as to explain that evolution "is a stupid theory, made up by stupid people who don't want to believe in god."  And she didn't stop there.  She also told her young impressionable students that "if evolution was real, it would still be happening: Apes would be turning into humans today."  (I think Ms. Roark is a tad bit confused.  I wonder where she earned her degree.)

That's a direct quote, though I may have left off an exclamation point or two.  And the only correct answer is, of course, "Lord"  Of course the real tragedy here is that it's teaching young children that it is perfectly acceptable to over-use their caps lock key and emphasize things with dozens of exclamation points.  (Perhaps Louisiana is attempting to develop their own legion of snarky opinionated bloggers.)

But hey, Louisiana is in the Bible Belt so it's all good, right?  I mean, Ms Roark didn't even do anything wrong.  According to Louisiana law, the euphemistically-named Louisiana Science Education Act, teachers are allowed (I dare say "encouraged") to bring in their own supplemental materials to teach other "theories" like creationism. Bring on the family Bible!

Enter little Buddhist student, C.C., who was so stressed by Ms. Roark's zealous teaching practices, he was throwing up everyday on his way to school.  Ms. Roark doesn't only believe that evolution is "stupid" and that people who don't believe 100% in the Bible are "stupid", she went so far as to tell her class that Buddhism is "stupid" as well.

Sixth grade is an exercise in humiliation as it is.  Kids at that age can be incredibly cruel without any extra help from teachers.  And while I desperately want to give Ms Roark the benefit of the doubt and believe that she is as kind and generous as most of the teachers I know, the fact that she led the classroom in laughing at C.C. when he answered "Lord Buddha" to her ludicrous test question, makes that genuinely difficult.

And I would also like to believe that this is just one isolated horribly self-righteous and downright mean teacher acting on her own fanatical accord... but it's not.

C.C.'s parents approached the principal of the school about Ms. Roark's behavior toward their son.  At the school they found pictures of Jesus and other 'motivational' posters encouraging students to pray... and Bible verses scrolling on the school marquee.  And since school officials routinely pass out Christian literature and lead formal Christian prayer, they realized they probably weren't going to find much support at the school level.

So on to the superintendent.  Surely they would find some help and understanding there.  But no, superintendent Sara Ebarb informed them that they live in the Bible Belt (in case they were having trouble with geography?) and that they shouldn't be upset with all of the overt Christian activities and religious bullying.  I mean, no one else is having a problem with it.  Ebarb's solution?  Have little C.C. convert to Christianity or move him to another school.  And then she sends a letter back to C.C.'s school  congratulating the staff and students on "maintaining Christian values"... and the letter was read over the loud speaker.

Before anyone jumps about spitting and fuming that I am bashing Christians and Christianity, let me stop you right there.  My horror and shock over this story has nothing to do with any apparent backward and exclusionary religious beliefs.  But it has everything...EVERYTHING...to do with the bullies and antagonizers that are employed there.

As a sixth grader, this child is probably only eleven years-old (give or take a year).  He is young and impressionable with fragile confidence and self esteem.  And he was publicly harassed, embarrassed, and degraded for something personal and, at 11 years-old, pretty much out of his control. (What eleven year-old isn't practicing the religion passed down to him from his family?  I'd wager not very many.)  Not only by his peers...but by the adults that were entrusted with the care and protection and guidance of this child.  And they shat all over that incredible responsibility.

While one might argue that these adults are concerned about the threat of eternal damnation for their "unbelieving" students, I call bullshit.  Calling a non-Christian 'stupid' and attempting to force a child to convert to their religion for the sake of protection from harassment shows not the faintest glimmer of the beauty and love that shone from their Biblical Savior.  None.  There is no love there.  There is no generosity there.  There is no beauty there.  They have turned their religion into an ugly and vulgar spectacle of hate and exclusion.  And for shame... their target was a vulnerable and helpless eleven year-old CHILD!!!!  (I just entered snarky opinionated blogger mode, even though I wasn't "educated" in the great state of Louisiana.) 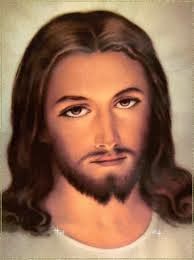 So, dear teachers and administrators of Louisiana's public schools (and if the shoe fits, other Bible-thumping, creationist-promoting, CAPS LOCK-loving school systems across the South), you might want to try compassion and deference and generosity and forgiveness...and a good heaping dose of humility, in your educational (and conversion) techniques.

But in all truth, this wasn't at all about converting one small wayward soul to truth and salvation.  It was about maintaining their safe little haven of closed and feeble-minded sameness.  We wouldn't want anyone to upset the Jesus-loving farce that is the status quo in backward little Sabine Parish.  And I say farce, because it is.  If you really love your Jesus...you might want to try to emulate him...in which case, you might still want to try compassion and deference and generosity and forgiveness....and again, that good heaping dose of humility.
Posted by Alice Jones Webb at 12:31 PM

From a Christian and a Public School Educator - I find the behavior of the school employees unacceptable in every way. That is not the way to bring people to the love of Christ and not the way I think he would want us to behave. Middle school is hard enough without knowing that the staff is against you. That child must have felt so alone and unhappy. I think a good lawsuit is in order.

And I count you as one of those excellent, kind, and generous educators that I know in real life...even if we do live in the Bible Belt. Thank you for your service to the community, Amy.