The mainstream media is an expert at driving the average American to spend more money.  In mostly subtle ways, it stimulates desire for more things, bigger things, flashier things.  Sometimes it arouses feelings of discontent which, on some weird subconscious level, "They" have programmed us to believe can be cured by spending more cash (or signing your freedom and life away to borrow more spending power).

We are constantly manipulated into believing we "need" certain things to be happy (a big house, a new car, the latest and flashiest smart phone, body-building shampoo, bright blue new and improved window cleaner, etc.), and like consumer lemmings we plummet over the cliffs without a thought as to where we are really going. 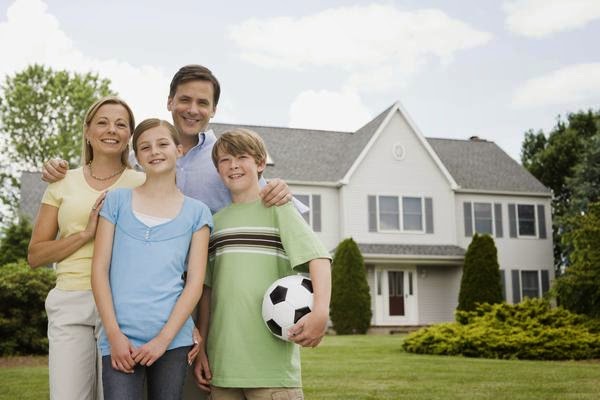 USA Today gave an electric cattle prod-like shove to the American consumer late last week by "informing" (more like convincing) the masses on the current cost of the "American Dream".  It's $130,357 per year for a family of four, in case you were wondering. (How nice of them to be so very specific.  It adds a sense of credibility to their claim.  That's handy when it comes to convincing the lemmings.)

According to USA Today, the "American Dream" includes a mortgage, a 4-wheel drive SUV, cable television, cell phones, college savings plans, an expensive annual family vacation, and a 401-K.  With a luxury list like that it's not surprising that only 1 out of every 8 Americans is living the dream.

Which leaves the rest of us where?  Grumpy and struggling, jealous of the ones who are "making it"?  Thank you USA Today for finding yet another way to keep us divided and unhappy.

There was a time in our not so distant past when the "American Dream" meant that each American citizen had the right to pursue happiness and to strive for a better life through hard work and ambition.  It meant freedom and self-reliance.  Somewhere along the way it morphed into expectations about owning things and making money and achieving an ever-growing level of affluence and spending power.  It became smart phones, and college degrees for our cookie-cutter children, and Disney vacations, and a retirement fund.  When did we become convinced that luxury and materialism equal happiness? Now the "American Dream" is just a game of Keeping Up With the Joneses. It's a complete subscription to the status quo.  Just fit in and do what everyone else is doing (which is largely racking up debt).

I made a slightly tongue-in-cheek comment about the "American Dream" being boring a couple of days ago.  And by boring, I meant predictable, common, and pretty uninteresting... It's average.  The "American Dream" lacks a sense of adventure and freedom when we are all churning out lives that look like they've come off an assembly line.  And everyone knows I don't buy into the typical-American mold.  But, "Struggling to make ends meet loses its luster, too," responded a friend to my boring "American Dream" comment.

Yes.  It does.  It sucks when there is more month than money.  Budgeting sucks and making car payments sucks and trying to figure out how you are going to afford Junior's braces sucks.  You know what else sucks?  Living a life that leaves you tired and dissatisfied.  Living the life your neighbors think you should be living, rather than the one you really want.  Dying with regrets, with your song still unsung.

We can choose our own values. We can define our own success (and it doesn't have to be in the form of income).  We can take risks.  We can change our buying habits.  We can cut expenses and save money for big purchases or choose not to spend beyond our means.  We can lower our lifestyle and not try to keep up with the Joneses.  We don't HAVE to sell our souls to a standard 9-5 job.  We can chase our own dreams.  We can seek alternate forms of income.

I'm just saying it's okay to think outside of that prescribed $130,357 box.  Heck just throw the box away (No.  On second thought put it in the recycling bin.  The average American creates too much garbage as it is.)

Materialism is a disease that eats away our souls and our resources.  Or maybe it's more like a drug.  It promises a form of perceived euphoria that only leaves us empty and craving more.  And craving more we spend more money... on unnecessary goods, which leaves us feeling surprisingly empty, which causes us to spend more money , which leaves us feeling surprisingly empty.  It's an addictive and vicious cycle.

Break the cycle.  Learn to value relationships and experiences over possessions and image.

Tell USA Today to go screw itself and decide what YOUR version of the "American Dream" should look like.  We have the freedom to do that.  What could be more American?
Posted by Alice Jones Webb at 2:40 PM