It's not overly difficult to draw parallels between government-funded public school and government-funded prison. Both are compulsory. Both are plagued with over-crowding as a result of poor public policy. Both are expensive to taxpayers. Both are institutions frequently ruled by internal violence and fear. Both screen entrants with metal detectors and have weapons bans. Both give their occupants little choice in how they spend their time.

We have a local elementary school with barbed-wire fences and a surrounding moat. All it needs to complete the prison ambiance are a few armed guards. Oops....No wait, it has those, too (i.e. school resource officers).  It's so easy to get the two government institutions completely mixed up. 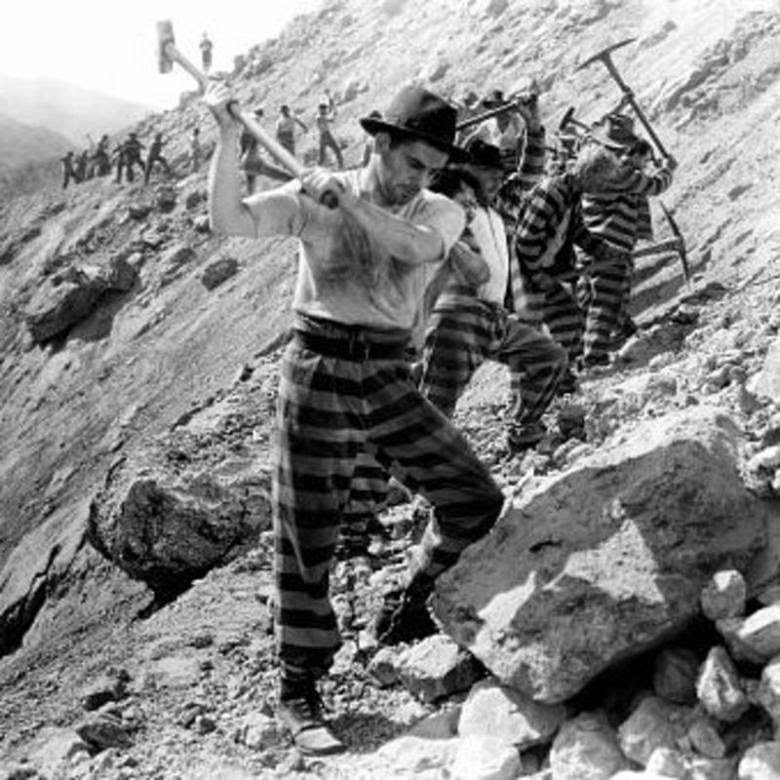 Like our prisons, our schools even have forced labor programs.

Often referred to as "service learning", many school districts require a certain number of hours of community service in order to graduate. Kind of like convicted criminals getting forced community service as a penalty for committing minor crimes, except the only crime these teens have committed is the crime of being teenagers enrolled in public school.

On the surface it sounds like a wonderful opportunity for students, a chance for youngsters to learn responsibility and the satisfaction of selflessly helping others. They might even acquire some useful life skills, build some character, and gain some perspective on life. It exposes students to a rich variety of experiences they might otherwise miss. In a best case scenario, service learning causes students to invest in their communities and grow into more ethical, generous, and civic-minded adults. Volunteering for a noble cause is certainly noble.

But MANDATORY volunteerism isn't volunteerism at all. Forced participation takes the generosity and philanthropy out of the work. Instead it becomes just another task, performed with the same drudgery and animosity as the seemingly pointless stacks of worksheets and standardized tests, that are required for their release from incarceration (i.e.graduation).

I have to wonder if these students will still be volunteering after commencement. Will the involuntary nature of their volunteering leave a nasty taste in their mouths?  Will they harbor adverse attitudes about volunteer work, like the adult who is disgusted by broccoli because he was forced to gag it down as a child? Perhaps when volunteer work is no longer expected, required, and documented the motivation to participate will also cease.

My oldest daughter is in her second year at a government early college high school program. The students there are required to serve 20 hours of community service each semester or else they won't graduate.  This week we had an appointment with her counselors to register for classes and touch base with her school performance.  During the meeting, one of her guidance counselors offered the opportunity to fulfill some of this semester's service learning requirements by "volunteering" as an escort for some campus visitors this month. The scheduled visitors apparently needed help getting from building to building without losing their way. All she would have to do is usher them from place to place. Easy peasy. Wham bam, she gets an hour of her required time filled and the school doesn't have to pay anyone or waste precious resources on bread crumb trails to prevent hopelessly wandering guests. Everyone wins, right?

There may be many students who embrace their required community service with an admirable altruistic nature, spending their mandatory hours actually performing good works and adding value to their communities.  Often times, however, students are just providing free labor by working at the school store or the school library, serving as school tour guides or classroom assistants. The student fulfills the service obligation while the school gets free labor, but nothing tangible is really gained by the community (or the student for that matter). Seems to defeat what should be the underlying spirit and motive of service learning programs... unless the underlying motive really IS just free labor. (A quick check of my daughter's school notice board showed community service opportunities working concessions at the 4H building, working at the town-funded public museum, and participating in campus clean up. See? Lots of opportunities for the government to utilize free labor.)

And it is not the government's job to supply free labor... especially for itself.

The beauty and personal benefit of volunteering comes from the very fact that it is voluntary. Being forced to serve someone else, without compensation and perhaps against your will, isn't community service.  It is involuntary servitude. It's glorified slavery. Sure some of the slaves might enjoy new experiences and become better people by serving their government masters, but that doesn't make it right..

Voluntary community service is admirable and praiseworthy. Forcing students into service is wrong. It's nothing more than an assault on their personal time and energy and their right to make their own choices.

What's wrong with  free people using their own time in whatever way they see fit? Free people (teenagers included) should be allowed to spend their time on the things that matter most to them.  They should be able to define for themselves their roles within their communities. They should be setting their own priorities instead of being pawns in a state-sponsored publicity program more in line with what we would expect in a totalitarian society.

In a world where the government already controls the majority of students' time, through mandatory school attendance and hours upon hours of required homework, kids don't need to lose more of their precious time to school-forced volunteering. It gives government more control over more aspects of our young people's lives.

Forced Volunteerism.  Not only is it an oxymoron, it's also incredibly Orwellian. Sure the work is "strictly voluntary", but any student who absents himself from it will not graduate thereby having his income earning potential reduced by half (because being a high school drop-out almost sentences you to a life of poverty). Quite a spin on Animal Farm.

George Orwell is surely laughing in his grave. Or more likely shaking his head and saying, "Told you so."