Some days I feel like I've got things pretty under control.  On those days that the children have mostly gotten along with one another, and the laundry is mostly washed and mostly folded (if not mostly put away) and I've prepared a dinner that is mostly nutritious and mostly homemade, and we've all sat down together to mostly enjoy one another's company... I feel pretty good about myself. It's like I'm sitting high on the mountaintop of maternal achievement... which means, of course that someone is going to give me a shove off of that peak and I'm going to feel mostly like the worst mother in the world.

Over dinner recently, we were discussing childish mispronunciations and first words. I keenly remember my oldest child's first fumbling attempts at language.  I had verbally labeled everything in his world. Everything. Constantly. (I didn't have Facebook to suck up my time back then.)  And by two years old he had quite an impressive list of nouns in his vocabulary thanks to all of my obsessive labeling. "Truck" (pronounced "guck") and "airplane (pronounced "har-pane") and "puppy" (pronounced "boppy") were all words in his early word arsenal.

My second child's vocabulary development is a bit less clear, although I remember her communicating in intricate grunts for quite some time - grunts that her older brother translated for me with scary accuracy. But when words did start tumbling out of her mouth, they weren't nouns like her brothers.  They were all verbs, action words, probably because she had witnessed so much action from her older brother. "Go" and "run" and the very necessary "stop!" were her first words.

Then came number three, a bundle of adorable blonde curls and a winning smile.  He was oh-so-very cute... and he knew it. I remember fewer of his firsts after having lived through the excitement twice all ready.  But the words I do remember are all hazy with the cuteness of clumsy toddler charm. I can pull "tookie" from the depths of my memory (Cookies were his favorite food) and his request to eat "lots of jimps" for dinner on his second birthday (jimps = shrimp for those of you who don't speak fluent toddler). Come to think of it, most of his words that I recall were food related... not surprising since he probably had to fight big brother and big sister for basic sustenance.

All of the kids were listening while I talked about their early vocabularies.  Like really listening... with actual interest. They weren't arguing over the last piece of chicken or about their brother kicking them under the table or about who was going to get the TV remote control after dinner. I was feeling pretty good about myself.

"What were my first words?" asked number four, the youngest.

I admit that I panicked just a little. I struggled to remember one thing... just one single solitary toddler muttering.  And I couldn't do it. In a moment of hysteria I considered making something up, anything to make her feel unique and special... and LOVED. But she's an astute little booger, and she would know I'd fabricated something. Plus, she'd already seen the look of confused terror that had flashed across my face. 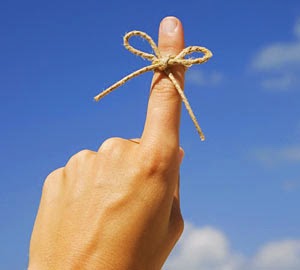 I am a horrible, despicable, failure-of-a-mother.

Perhaps it's because, with three other rambunctious and noisy children, I wasn't coaxing her first words out like I did with her siblings. Perhaps I didn't think my sanity could handle one more voice added to the chaos. Perhaps I was just too distracted with the daunting task of keeping her brothers and sister alive and fed and acceptably clean (Although I admit my standards of acceptable cleanliness have gradually lowered with the addition of each child).

If I had to wager a guess, her first words were probably a mimicry of what she heard me repeating. "Use your inside voice," "The dog is not a horse!", "Peas go in your mouth, not your nose!", and "Put the fish back in the fish tank!" are all logical possibilities.

And that's the thing.  She was always right there in the middle of things. We didn't have to make a space for her.  She just fit right from the beginning. While there were always big adjustments to be made for each of the other children (from childless to parent, from only child to sibling, from two kids to the kids outnumbering the parents), the addition of number four didn't bring our world to a screeching halt and flip it upside down. She participated in everything from day one, at first from my arms, then from my hip, and then when her first steps (which I also embarrassingly don't remember) took her from my side right into the middle of the bedlam that is her siblings.

I have a hard time remembering her milestones because there was so much going on around them (in the form of our everyday family life), they don't stick out because they are like single pieces of a jigsaw puzzle, just a small part of the beautiful bigger picture that is our family, and you just can't make out each individual piece when you step back and look at the artwork.

No, I can't wrack my brain hard enough to remember her first words or her first steps, but I also have a hard time summoning from my brain what it was like before she arrived. It's like she's always been here.  Like maybe we weren't complete before her.

"Haven't you always been talking?"

Whew. Saved by the older brother, who I'm certain was leaning heavily on the snark by referring to his little sister's constant chatter. She could talk paint off the side of a barn.

Still, I couldn't have summed it up any better.