Last week, a British reporter claimed that Oxford University Press (the publishing arm of the oldest university in the English-speaking world) was banning any mention of "pigs plus sausages, or anything else which could be perceived as pork." 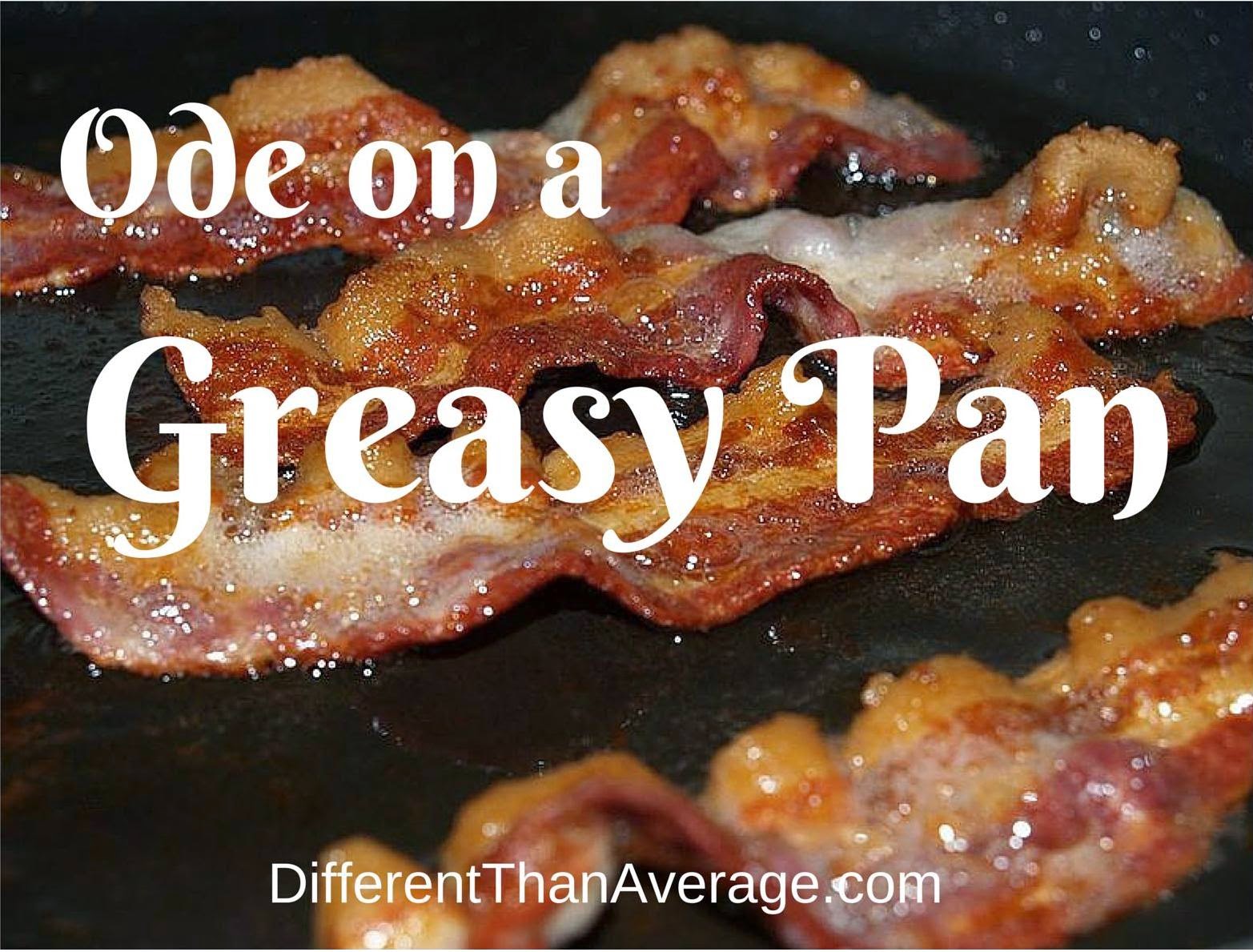 Pigs are apparently pretty offensive to some minority groups. We wouldn't want anyone to be offended, now would we?

In the aftermath of the Paris terrorist attacks and the heated debates they sparked about free speech, the Oxford Press Pig ban caused quite a stir.

Only some people stir the pot just to see it swirl.

She did assert, however, that the publisher does sell textbooks and other educational materials to about 200 countries... and they try to avoid "references to a range of topics that could be considered sensitive".

So there is no sweeping ban... at least I don't think there is... it's not exactly clearP... although there may be a partial ban... which I suppose is better... at least for business... which still seems a little piggish.

So in celebration of the only partially banned mention of pigs and pork products I present to you this poem. Because BACON!

(My apologies to John Keats and the Grecian Urn he so aptly celebrated.)

Ode On A Greasy Pan

Thou still unravish'd slab of yumminess,
Thou foster-child of Smoke and Salty Brine,
Porcine delicacy, who canst thus express
a savory tale more sweetly than our rhyme:
What fat-fringed haunts about thy shape
of dieters or gluttons, or of both,
On burgers or the likes of BLT?
What meat or gods are these? What mouths do froth?
What mad delight? What across my plate doth drape?
What pops and sizzles? What wild ecstasy?

Ah yummy, yummy Bacon! that I can eat
Your strips, and every bit still in the grease.
Happy smoke and salt, so sweet.
For ever piping hot; it brings me peace,
more happy love! more happy, happy love!
For ever warm and oft enjoy'd,
For ever wanted by old and young,
All breathing humans eat a lot of;
That leaves a stomach fulfill'd and cloy'd,
with burning fingers and a parching tongue.

O Bacon, Love! So delicious! With brede
of marbl'd meat and flavor fraught,
I hunger! 'Tis Bacon that I need!
Thou, tasty form! dost tease us out of thought.
'Tis destiny: Bacon flavorful!
When cholesterol shall this generation waste,
Thou shalt remain, in midst of other woe
Than ours, a friend to man, to whom thou say'st,
'Beauty is bacon, bacon beauty - that is all
ye know on earth, and all ye need to know.'

Posted by ajoneswebb at 9:26 PM