It's the holiday season, (This isn't meant to be offensive. It's the season of a thousand holidays. Just pick one and go with it.) which means there will be a lot of gift exchanging going down. I have been informed by the masses (AKA "my family") that I am a difficult person to shop for.

I'm a simple girl with simple tastes. It really shouldn't be all that difficult to come up with something, but I'm bowing to the pressure of the gift-giving season and compiling a list just to make it easier for everyone. 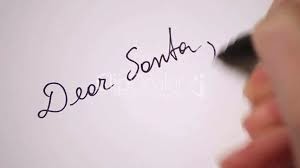 Here is my Holiday Wish List:
(Feel free to forward this to Santa or Baby Jesus or the Flying Spaghetti Monster or the NSA)

1. Peace on Earth. We'll just get this one out of the way early so my conscience can be free to wish for other more important things. Just as a side note, if we could achieve said worldwide peace without the use of "enhanced interrogation techniques" that'd be great. Thanks.

2. A White Christmas. I ask this with the known risk of sounding racially exclusive. In all honesty, others should also be allowed a merry and bright Christmas, no matter their skin color. However, until Mother Nature (or global pollution) causes snow to fall down in shades of red and yellow, black and white... we are kind of limited in our choices of magical wonder-filled weather phenomena this time of year... so, just get over it.

4. An End To Rape Culture. While I sometimes believe rape culture should be relegated to the realms of fairies and unicorns and honest politicians, I still dream of a world where my daughters aren't told to look at every man as a potential rapist... and my sons don't fear the destruction of their lives over a false rape accusation from some crazy biatch with an agenda and a chip on her shoulder. (Also as a side note... My children wish for a world where their middle-aged mother doesn't use the word "biatch" in public.)

6. No Bell Ringing. I know that they are begging alms for the poor (Which I am totally cool with. In my opinion, privately sponsored charity is way better than the government mandated kind), but could they find some other less obnoxious way to advertise their need. Instead of incessant insanity-inducing clanging, couldn't they... I don't know... just ask passers-by for their spare change? Because that clamor does nothing to make me feel goodwill toward humankind. It actually makes me feel kind of stabby.

7. Turn Signals. A wonderful form of communication between drivers, they are there for a reason people. Use them. Seriously, it's pure evil not to and should be listed in all religions as one of the deadly sins.

8. Chocolate and Coffee. Simultaneously is fine. Who doesn't enjoy a good hot mocha? Keep your Paxil and Zoloft. When I choose to self medicate, chocolate and caffeine are my drugs of choice. Side effects may include happy taste buds, happier husbands, and just plain general happiness. (I will also settle for cheap wine. See? I'm not at all picky.)

9. Truth. Or at least an end to false narratives which have been thoroughly and repeatedly disproved, but still oft repeated by the media and politicians and other stupid people more interested in pulling people's strings and pushing a social agenda than they are in understanding basic facts.

10. New socks. As a kid, I hated them. As an adult they make me giddy. Mostly because I am now a responsible adult and having a basic need met by someone other than myself is a luxury... that and I can never find a matching pair. Case in point, I am currently wearing one red sock with dancing reindeer and one orange sock featuring laughing jack-o-lanterns. I'm nothing if not festive.

11. Health and happiness for myself and all of my friends and family. It's terribly cliched but still utterly sincere.

12. Humanity to Look Up From Their Cell Phones. Look at each other. See the stars. Smell the roses. Imagine a world where people didn't stumble through life constantly attached to electronic screens, a place where people talk to each other with their physical voices and actual words rather than 120 characters of text speak, an earth filled with active, aware, breathing engaged human beings. That's what I want. So take a break from reading this on whatever electronic device you are currently attached to, look up at the sky or, if you're currently inside due to flaky racist forms of precipitation, look over and wish a fellow human being a "Merry Christmas".

Posted by ajoneswebb at 2:40 PM

I agree with most of this wish list and can happily say have lived most of my life when these rules were the norm. 1950 the best time to grow up, ladies were covered up and men were gentlemen. For the most part. Now the exceptions are the normal.

Not everything is better with bacon!