What Do You See When You Look at a Confederate Monument?

I was in Rochester, NY enjoying mild temperatures and low humidity when "protesters" clashed in Charlottesville, VA last weekend. On Monday, when Durham, NC vandals tore down a Confederate "monument", I was driving through picturesque Valley Forge, PA. I don't often head "up North" unless it is to visit family, mostly due to a serious lack of sweet tea.

In spite of enjoying weather that made me question my decision to live in the sweltering South, I was in a hurry to get home.

I am a Southerner through and through. I say "y'all" and "yonder" and often drop the "g" on the end of words like "huntin'" and "fishin'." Southern pride is a very real thing, even though it's hard for those of you without several generations of Southern DNA coursing through your veins to really understand. And surprisingly enough, it has nothing to do with white supremacy or racism, in spite of what the media might have you believe.

Over the past several days, we've witnessed a frenzied hysteria surrounding our Confederate symbols. Large "news" conglomerates like The New York Times have claimed that "Confederate monuments have always been symbols of white supremacy."

I understand some of the arguments for removing some of these symbols of the Confederacy. I can see the point often made about monuments to war criminals and conquered governments. Perhaps it is true that war monuments to Confederate generals are inappropriate additions to government spaces. Even if you attempt to rationalize the War Between the States being motivated by state's rights, it is hard to deny that the subject of slavery is intricately woven into the fabric of Southern motives for secession.

But these monuments and memorials that dot our Southern towns and cities aren't seen as symbols of hate by everyone. They haven't always or only been symbols of white supremacy. That is oversimplifying a complex issue.

Although the saying has been grossly overused, sometimes those symbols actually represent "heritage, not hate."

Stay with me. Hold your hate mail until the end.

Heritage, by definition, is the full range of our inherited traditions, monuments, objects, and culture. Southern heritage and culture is a rich tapestry of values and morals and way of life. It is far more than Confederate monuments, reenactments, and rebel flags. It is also courage, work ethic, family values, loyalty, and knowing your neighbor. It is honesty, front porch sitting, pecan pie, and sweet tea. And yes... it is Civil War battlegrounds and small town Confederate monuments. It is respect for our Confederate dead.

It is part of our Southern identity, and it is so entwined with the smell of jasmine and magnolias that you just can't pull one thread without the average Southerner being afraid the whole sweater will unravel.

And maybe the whole sweater will unravel. After the incident in Durham, the city of Baltimore removed their confederate statues under cover of darkness. And just this morning, we learned that a statue of Robert E. Lee was defaced in Duke University's beautiful chapel. Plus we are seeing petitions circulating all over social media feeds calling for the removal of memorials to fallen Confederate soldiers. There are threats that they will be removed by force if necessary.

In the small North Carolina town that I call home, we have our own Confederate memorial. It is a fountain that sits prominently on our lush green Town Common. The fountain is a symbol of Tarboro itself, and has adorned postcards, brochures, and magazines.

It was placed by the Daughters of the Confederacy in 1910 in memory of Henry Lawson Wyatt, the first Confederate soldier killed in the War Between the States. He once called Tarboro home, too. I wonder if he looked over his shoulder at Tarboro when he marched off to war. Did he have any inkling that he would never see it again? Did his mother?

The Durham monument that was toppled on Monday wasn't dedicated to Southern glory or military prowess or even secessionist ideals. The inscription on the front read "In Memory of the Boys Who Wore the Gray."

Boys who mostly never owned slaves. Boys who left home and never came back. Boys who suffered unspeakable hardships on the field of war and faced horrific deaths. Boys who believed they were honorably defending their homes and families.

So if all you can see when you look at a Confederate monument is hate, racism, and oppression, maybe you aren't looking hard enough. Some of us see death and senseless loss of life. We see husbands, sons, and brothers who died senselessly and horrifically. We want to remember them. It is the main reason we hold to our Southern Pride.

Because those young boys, the 620,000 of them who senselessly lost their lives on both sides, were really just pawns in a war for political power. And not one of them deserved the fate they received.

Here is what a lot of us see in those memorials and monuments that are being vandalized, kicked, and toppled amid screams of racism and hate... 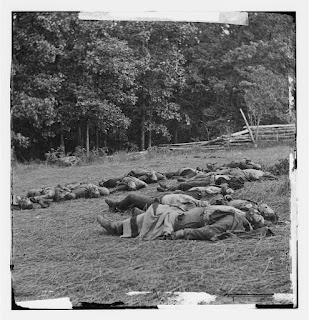 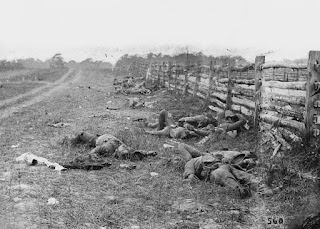 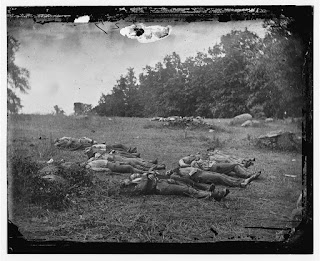 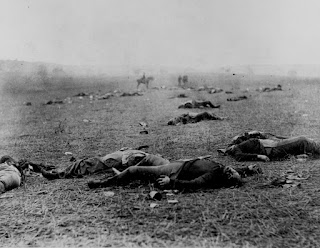 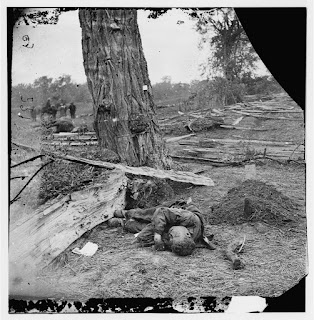 Posted by ajoneswebb at 1:35 PM

This may very well be true of monuments honoring soldiers in general. I agree with you here. But monuments honoring a single person who represents something ugly or hurtful to many people should be under scrutiny. Honestly, in my ignorance, statues of General Lee or Stonewall Jackson wouldn't have bothered me before now. But I was never a slave, thankfully. All I am saying is that times have changed and I sincerely hope this means that we have evolved as a people. If we have, then we need to listen. These statues and that flag represents hurt, oppression and evil to the historically oppressed. So what if they don't bother me? They bother them....and that matters.

My great great uncle Joshua Branch was only 19 when he got on a train in Kinston and rode to Richmond. He died shortly after fighting at the battle of Antietam. His family owned no slaves and lived on a farm of 162 acres in Pitt County. When I look at the statue honoring the Confederate Dead on the courthouse lawn; I think about him and how his life was cut short. There is no thought of racism.